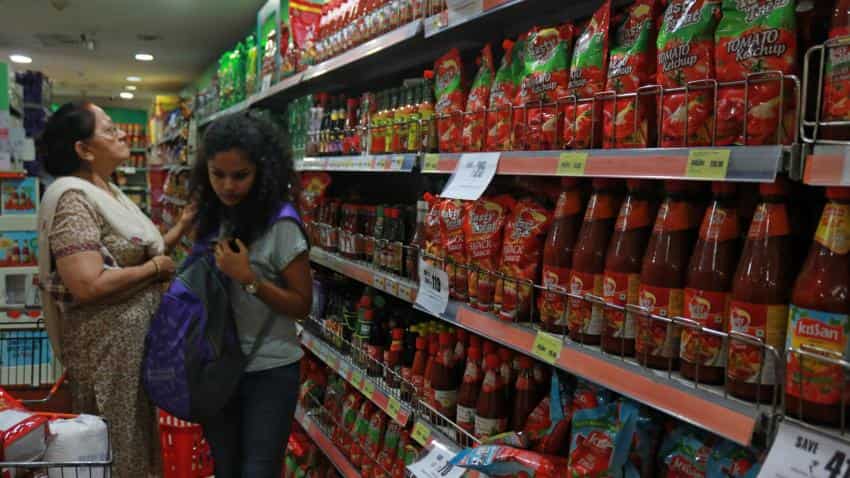 The Consumer Confidence Index score for India decreased by six points to 128 in the April-June quarter of 2017, from a high of 136 from the last polled survey in Q4 of 2016. Image Source: IANS
Written By: PTI
RELATED NEWS

Consumer confidence in India declined in the second quarter of this year amid concerns regarding job security and lower optimism on employment prospects, says market insight firm Nielsen.

Besides, cautionary spending by consumers towards the end of 2016 still had some impact on the quarter under consideration, it said.

The Consumer Confidence Index score for India decreased by six points to 128 in the April-June quarter of 2017, from a high of 136 from the last polled survey in Q4 of 2016, the company said in a statement.

For the quarter, the survey was conducted between May 20 and June 10 2017. Findings in the survey are based on an online methodology in 63 countries.

"This quarter's dip is primarily attributed to lower optimism levels on job prospects, concerns around job security and a caution in spending over the end 2016 period," Nielsen South Asia President Prasun Basu said.

Sentiment level on local job prospects over the next 12 months has gone down by 8 percentage points to 76 per cent for Q2 2017, the survey said adding that concerns over job security has increased to 20 per cent in this quarter, as against 17 per cent in the last polled survey in Q4 2016.

However, over four in five online respondents (83 per cent) polled in India indicate increase in optimism on state of personal finance, similar to Q4 2016 levels (84 per cent).

With regard to spending and savings, 66 per cent urban Indians indicated its a good time to buy things they want over the next 12 month period, down four per cent from over Q4 2016.

Around 52 per cent respondents indicated spending less on new clothes, 46 per cent on savings on gas and electricity, 36 per cent on cutting down on holidays as focus areas for savings, as per the Nielsen Global Survey of Consumer Confidence and Spending Intentions.

Around 22 per cent respondents indicated switching to cheaper grocery brands in Q2 2017 as against 18 per cent in Q4 2016, it added.

Inclination towards medical insurance premiums saw a rise with over three in ten (34 per cent) respondents polled looked to use spare case for this quarter.

"The drop in confidence is very similar to a recently released trend by the RBI, where households perceptions have dipped on employment over the last four rounds of the study and on price levels in the recent period," Basu said.

As per the survey, global consumer confidence showed improvement in the Q2 2017, with an index score of 104, which was up three points from quarter four 2016.

Confidence scores were highest in Asian markets, the survey said adding that it was also high in most markets in Europe and Latin America, as many posted confidence gains.

"Despite a four-point decline from quarter four of 2016, North America posted a score of 117, and remained the highest region globally," it added.