"The mandatory signing of the Tenancy Agreement will make the relationship between landlord and tenant more formal." 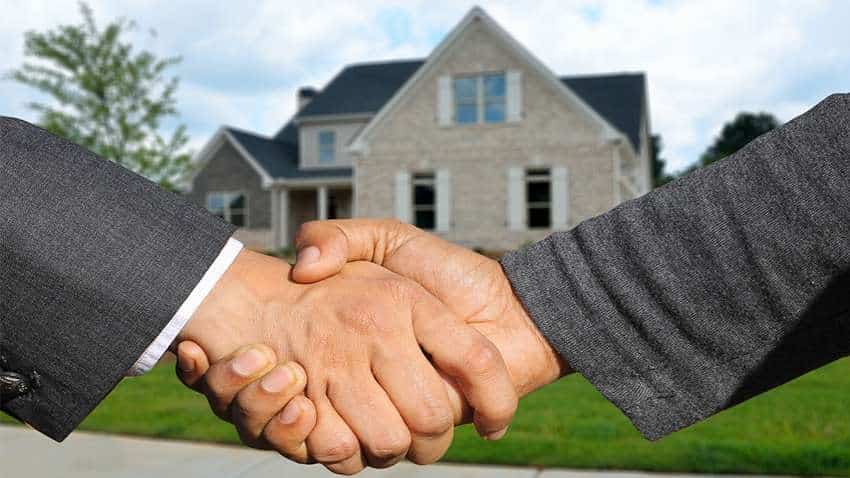 "The model law also seeks to do away with the arbitrary practice of asking exorbitant security deposits by landlords from tenants."

In an extremely bold and positive initiative, the Union Government came out with the Model Tenancy Act, 2021 which among other things seeks to regulate the large but unorganised rental market in the country and at the same time encourage the landlords to rent out vacant premises thereby increasing the supply of residential units. Vikas Wadhawan, Group CFO, Housing.com, Makaan.com and Proptiger.com, shares his knowledge on Model Tenancy Act and what he thinks about the step taken by the government.

Commenting on Model Tenancy Act, 2021, Vikas Wadhawan, says, "The success of this initiative, however, will depend upon how quickly the states and Union Territories (UT) administrations adopt and enact their respective legislations on the lines of the Model Tenancy Act. The explicit purpose of the model law is to regulate business of renting of premises, protect the interests of landlords as well as tenants and provide a credible mechanism for speedy resolution of disputes between the two parties. The objective is to be achieved by mandatory signing of rent agreement between landlords and tenants, and setting up of Rent Authorities, Rent Courts and Rent Tribunals for expeditious resolution of disputes. In addition, the model law also clearly spells out the rights and obligations of landlords and tenants."

Explaining salient features of model law, Wadhawan, says, "After the passage of the law by the state or the UT, it would be mandatory for landlords and tenants to sign a Tenancy Agreement.

The model law clearly says, "notwithstanding anything contained in this Act or any other law for the time being in force, no person shall, after the commencement of this Act, let or take on rent any premises except by an agreement in writing, which shall be informed to the Rent Authority by the landlord and tenant jointly. Also, it would be obligatory on the part of the landlord and tenant to jointly deposit the Tenancy Agreement with the Rent Authority within two months of the signing of the agreement. In case they fail to jointly inform the Rent Authority about the execution of the tenancy with the stipulated time, they both will be required to do it separately within a month after expiry of the two-month period."

"The mandatory signing of the Tenancy Agreement will make the relationship between landlord and tenant more formal, enforceable by the law and thus will benefit both the parties. Besides other things, the agreement will have to specify rent, period of tenancy and details about renewal and extension of tenancy as well as rent. The agreement itself will reduce the scope of dispute between landlord and tenant," Wadhawan added.

"Disputes, however, can still arise over the terms of the agreement and its implementation. The model law provides quite an elaborate mechanism for speedy resolution of the disputes. Dispute resolution - It has also been specified in the model law that disputes relating to revision of rent, non-fulfilment of rights and obligations by the landlords and tenants and other issues will be dealt by the Rent Authority and appeals shall be heard by Rent Courts and Rent Tribunals. As per the law, the District Collector or District Magistrate shall, with the previous approval of the State Government/UT Administration, appoint an officer, not below the rank of Deputy Collector, to be the Rent Authority within his jurisdiction," says Wadhawan.

"The State Government/ Union territory Administration may, in consultation with the jurisdictional High Court, may by notification, appoint a District Judge or Additional District Judge as Rent Tribunal in each district. Once, this mechanism is in place, an aggrieved person can approach the Rent Authority in the first place and thereafter will be entitled to prefer an appeal with the Rent Court and finally with the Rent Tribunal which will be headed by judge," Wadhawan said,

Moreover, Wadhawan clarifies, "It is to be noted here that Act will not apply to premises owned or promoted by the Central or State government, local authority, government undertaking, enterprise, a statutory body or Cantonment Board. Premises owned by a company, University or organisation given on rent to its employees, premises owned by religious or charitable institutions or auqaf registered, too does not fall under the purview of the Act,"

In concluding remarks, Wadhawan, says, "The Model Tenancy Act is a well thought out legislation which will encourage landlords to rent out vacant premises without any fear of losing control of them and on the other hand increase the stock of residential premises. It will also help the tenants to find suitable premises at reasonable rent. However, everything would depend on how soon the state governments/UTs enact their own laws to implement the Model Tenancy Act, benefitting the landlords as well as prospective tenants. It is, in fact, going to be a win-win situation for landlords as well as tenants. While the landlords are going to earn something from the premises lying vacant, the tenants will benefit from increased supply and competitive rentals."