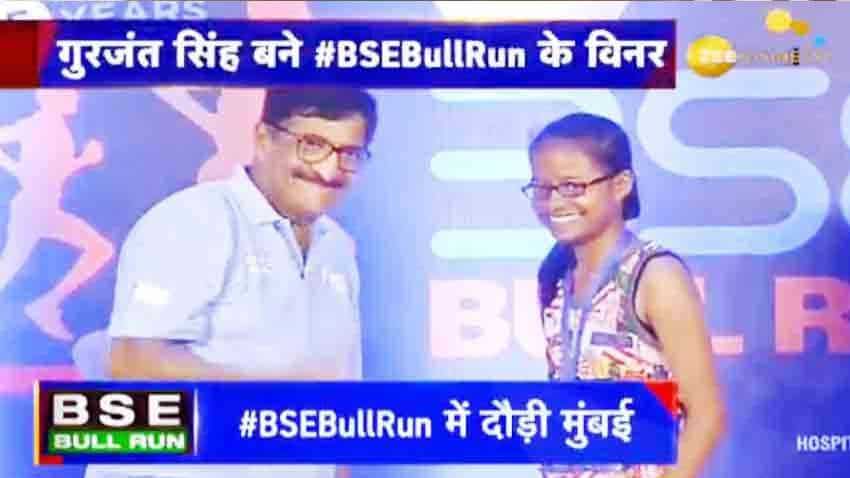 Notably, Geeta has been participating in the Zee Business BSE Bull run over the last few years. She has finished on the third spot for the third consecutive year. She won a gift voucher on behalf of Fortis Hospital along with a connection and subscription of Dish TV.

The winner received a trophy as well as a free health check-up voucher from Fortis Hospital. The runner up also got a trophy and a complimentary full body check up gift voucher from the hospital. She also received a connection and subscription of Dish TV.

Gurjant Bhullar of the Indian Army won the race in the men's category of Zee Business Bull run. Speaking after his win, Bhullar said that he had been preparing for this run for almost four to five months.

He said that the win comes as a proud moment for him and his regiment. The Zee Business BSE Bull run 2020 was organised on January 12 i.e. Sunday morning in Mumbai. About 22,000 people took part in the run.