The order proposes to have a safeguard duty on the imported solar cells for a period of two years. In the first year, 25% safeguard duty could be imposed, followed by 20% during the first six months of the second year and 15% in the subsequent six months. 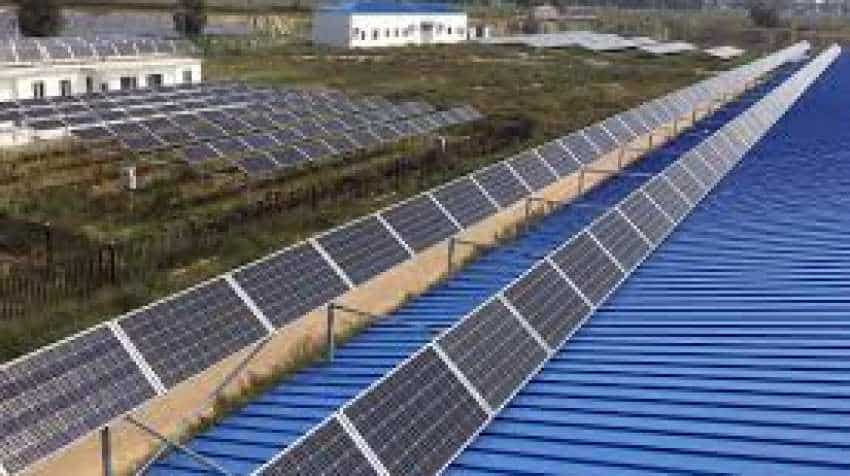 The move by DGTR recommending a hike in safeguard duty on Chinese and Malaysian solar cells to 25% from the earlier 15% has left domestic solar panel producers in a state of confusion. Image source: Reuters
Written By: Ateeq Sheikh
RELATED NEWS

The move by Directorate General of Trade Remedies (DGTR) recommending a hike in safeguard duty on Chinese and Malaysian solar cells to 25% from the earlier 15% has left domestic solar panel producers in a state of confusion. At the same time, industry officials aver that an immediate increase in solar tariffs is unlikely.

The order proposes to have a safeguard duty on the imported solar cells for a period of two years. In the first year, 25% safeguard duty could be imposed, followed by 20% during the first six months of the second year and 15% in the subsequent six months.

The demand for such a levy was made as domestic solar modules are 8-10% costlier than the imported ones, which is a major deterrent for local producers to compete in the international markets. Having a safeguard duty will give a competitive edge to domestic players.

However, among the confusions that have immediately arisen are the levy of the same on solar modules being manufactured in the Special Economic Zones (SEZs) within India, as SEZs are deemed to be foreign territories.

“If the government wants to impose safeguard duty, it should exempt SEZ to Domestic Tariff Area (DTA) clearance of solar cells and modules from the ambit of safeguard duty, otherwise it will lead to counterproductive results and destroy the domestic manufacturing industry which is already in a bad shape,” said Gyanesh Chaudhary, managing director and chief executive officer at Vikram Solar.

Vikram Solar has a solar photovoltaic manufacturing facility in one of the SEZ’s in West Bengal, and the latest recommendation by DGTR could have a repercussion on the company.

According to Chaudhary, the government should come out with a specific exemption by restricting the imposition of safeguard duties to input costs for all SEZs to DTA clearance to accord equal protection to units in SEZ and DTA.

Imposition of safeguard duties in the current manner will make SEZ units uncompetitive and will force them to shut their operations.

However, a Gurgaon-based analyst had a different take on SEZs not attracting such a duty. According to this analyst, the DGTR order specifies to only two countries China and Malaysia. The order reads, “the import of product under consideration originating from developing nations except China PR, and Malaysia will not attract safeguard duty...”

On the tariff front, there is a section which believes that there will not be any impact, while there are others who believe that there may be a certain hike in the renewable energy price.

“Although, 25% safeguard duty seems extreme at the first look, with the nosedive in the cost of imported Chinese modules, this would largely be set off. In fact, the developers’ returns won’t change as their landed cost would still be similar to what was earlier and in any case, most of them have a pass-through clause when it comes to safeguard duty in their Power Purchase Agreement (PPA). Similarly, we don’t expect much higher prices in the bidding either, so the discoms and the consumers’ interests are protected,” said Puneet Singh Jaggi, founder, Gensol Group.

On the other hand, rating agencies Icra and Crisil are of the view that there would be 30 to 40 paise hike in per unit price.

“The minimum bid tariffs for solar power projects based on imported modules would need to rise to Rs 2.90 to Rs 3.20 per unit for a duty rate of 25% in the first year of imposition, compared with the Rs 2.44 ' Rs 2.80 per unit bid tariffs seen over the past few quarters.

Duty rates at 20% and 15% applicable in the second year would need slightly lower tariffs of Rs 2.80 to Rs 3.10 per unit for the same levels of equity IRR,” shows Crisil’s analysis.

Similarly, Icra’s report states that the increase in the capital cost for a solar power project by 15% would mean tariffs rising by about 30-35 paise per unit to maintain a similar level of returns for the project developers.