Your phone bill set to rise? This is the big reason why

"I think we have hit the bottom in terms of ARPUs (average revenue per user) and pricing. I think both have to lift from here and given this industry structure it will lift. At the end of the day, we want a profitable and sustainable market share," Vittal told IANS in an interview here on Tuesday. 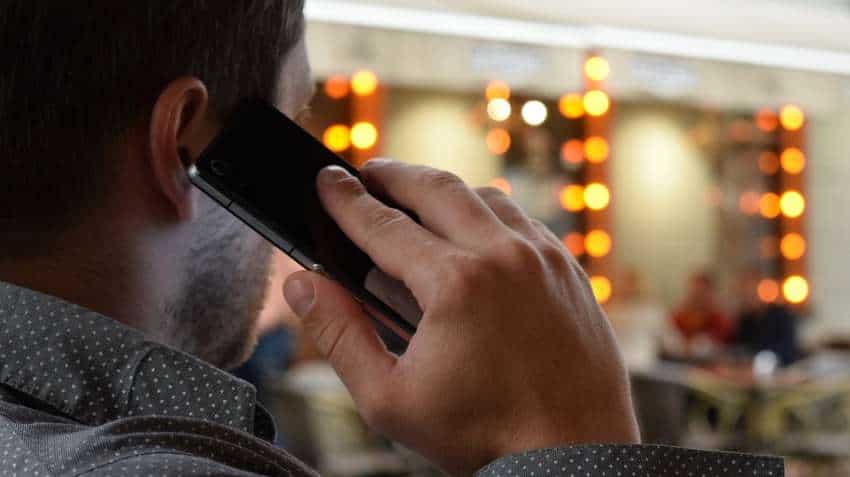 The company's ARPU as of March quarter was at Rs 116. Image source: Pixabay
Written By: PTI
RELATED NEWS

With fierce ongoing battle in the telecom sector, which is making telecom companies` balance sheet bleed, Gopal Vittal, MD and CEO (India and South Asia), Bharti Airtel feels that pricing level and ARPU have reached rock bottom and now can only move up. "I think we have hit the bottom in terms of ARPUs (average revenue per user) and pricing. I think both have to lift from here and given this industry structure it will lift. At the end of the day, we want a profitable and sustainable market share," Vittal told IANS in an interview here on Tuesday.

The company`s ARPU as of March quarter was at Rs 116.

The telecom services provider, which is present in 15 African countries also plans to launch its initial public offering (IPO) by 2019. "We are looking at an IPO in Africa - full Africa as a whole. We haven`t decided on the bourse yet," he said.

He said the Indian telecom sector, which was an eight-player market some time back, has now rapidly converged to become a three to four payer market including BSNL.

"We have 1.3 billion customers to serve and there are three private players. You can`t ask for better industry structure than this. At present, Vodafone-Idea has 39-40 per cent of revenue market share, Airtel 33 per cent and Jio little over 20 per cent. In my view, in not so distant future you will have three equal-sized players."

Asked about its strategy to stay ahead in this highly competitive sector, Vittal said: "Our vision is to use the network to enrich the lives of our customers. There are three big strategic pillars. First pillar is strengthening our networks. We have invested Rs 24,000 crore in 2017-18 and same figure we are investing this year. We have tripled our network footprint. We are putting in a lot of investment in home broadband. We are also investing in automation network."

Second pillar is simplification and digitisation. "Our calls in the call centres have fallen by 60-70 per cent," he said.

Airtel has created the "home platform" for converged billing across mobile, direct-to-home (DTH) and home broadband. "We have launched it in Andhra Pradesh and we are taking it national this quarter."

He said the third leg of strategy was to use the customer base of 300 million to build "a suite of digital services and non-wireless services."

In the digital services area, the company is building "digital brain" platform called Customer 360 and this is going to be the repository of all information of customers and intelligence about them. It will help offer the right mix to the right customer.

Airtel had been the front-runner in 4G technology in the country. Asked about the company`s plan in 5G, Vittal said: "We are keen to get the ecosystem going. We are keeping our eyes and ears open. We would love to participate in the auction of 5G spectrum as and when the eco-system is ready."

Saying that 5G is a different type of technology, Vittal added that it will change the world. "It gives better speed, but beyond the point of smartphones, you don`t need more speeds. It gives lower latency, which is needed for robotics surgery and driverless cars. We have done (5G) trials in our labs in Manesar. We have seen the power of what it can actually do," he said.

Talking about Airtel Payments Bank that ran into rough weather due to some Aadhaar-related e-KYC issues, Vittal said the role of the bank was to serve India well, to foster financial inclusion.

"The bank had started off very well, but we got into regulatory issues. We are working very closely with authorities (RBI and UIDAI) and hopefully this will be back to business soon and start acquiring customers. Right now have 30 million customers in the bank and the wallet. Operation is continuing for existing customers, but we are not acquiring new customers," Vittal said.

Regarding the rising concerns about privacy issues across the globe, Vittal said telcos around the world respect privacy because customers trust telcos with everything about their data. "It is in our business model to respect privacy," he added.