You just won't believe how this man fights diesel exhaust

They say they have created the first-ever device to capture emissions specifically from diesel generators - a welcome invention for a country that has 14 of the world`s 15 most polluted cities, the World Health Organization (WHO) says. 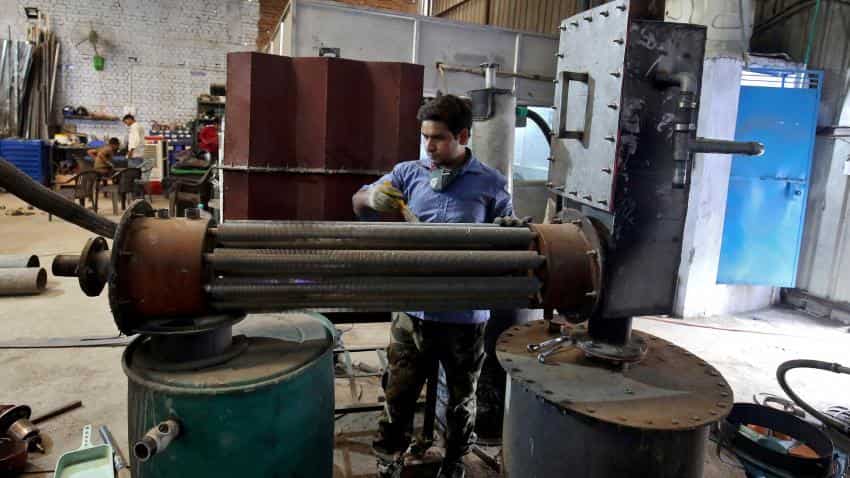 India has some of the worst air pollution in the world and smog levels often spike during its sweltering summers, when smoke-belching diesel generators are used to offset power shortages, as air-conditioners and fans stoke consumption.

But a team of Indian engineers has figured out how to capture some of the generator exhaust and turn it into ink, keeping the emissions from entering the atmosphere.

They say they have created the first-ever device to capture emissions specifically from diesel generators - a welcome invention for a country that has 14 of the world`s 15 most polluted cities, the World Health Organization (WHO) says.

"We are aiming to bring down pollution levels in the major cities by a very significant percentage in a very short span of time," said Arpit Dhupar, one of three engineers who developed the technology now installed in Gurugram, a satellite city of New Delhi, the capital.

Their device attaches to generators to capture up to 90 percent of soot particles from cooled diesel exhaust. The material can then be sold to ink manufacturers.

Chakr Innovations is not the first start-up to see cash in diesel exhaust. A competitor called Graviky Labs, based in the southern city of Bangalore, is using similar technology to turn diesel exhaust from vehicles into ink.

About 1.1 million people die each year from the effects of India`s air pollution, a 2015 survey by the U.S.-based Health Effects Institute showed, accounting for about a quarter of total air pollution deaths worldwide.