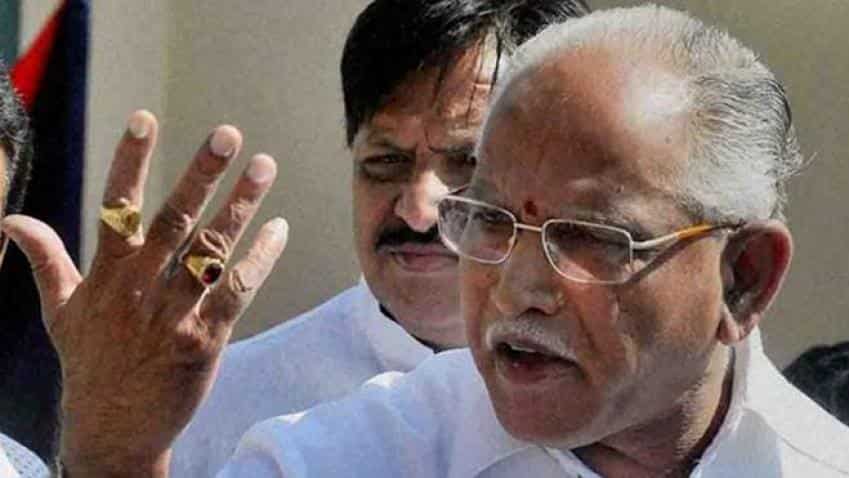 Karnataka elections: Twitter emerges as the best place to catch all action

decision. Rohtagi had favoured inviting the single largest party first, in this case the BJP.

Shocked with the late night development, the Congress said, “It is an encounter of democracy”. A visibly upset JD(S) leader HD Kumaraswamy termed the Governor’s decision as “unconstitutional and a trend that will encourages horse-trading”.

Moments after the Governor gave letter of appointment to BJP’s Yeddyurappa, the Congress made its move and sought an appointment with the Chief Justice of India Dipak Misra. Taking swift stock of the situation, the party dispatched lawyer Abhishek Manu Singhvi to the house of the Registrar to seek an appointment with CJI Misra.

Party’s communication chief Randeep Singh Surjewala said Karnataka Governor Vajubhai Vala  has denigrated the governor’s office, trampled upon Constitution, abused the law and acted as a “BJP puppet.” He also quoted a 2006 judgment of the bench then headed by CJI Y K Sabharwal that “if a political party with the support of other parties or other MLAs sakes claim to form the government and satisfies the Governor about its majority to form a stable the government, the Governor cannot refuse formation of the government and override the majority claim because of his subjective assessment that the majority was cobbled by illegal and unethical means. No such power has been vested with the Governor. Such a power would be against the democratic principles of majority rule. The Governor is no an autocratic political ombudsman. If such a power is vested in the Governor and/or President, the consequences can be horrendous.”

Defending the decision of Governor to invite the BJP to form the government, Union Law Minister Ravi Shankar Prasad referred Sarkaria and Poonchi Commission reports asking for giving preference to an alliance formed prior to the elections and the largest single party emerged after the elections.

Karnataka elections: Twitter emerges as the best place to catch all action