Year of exits at RBI: First Rajan, then old notes! 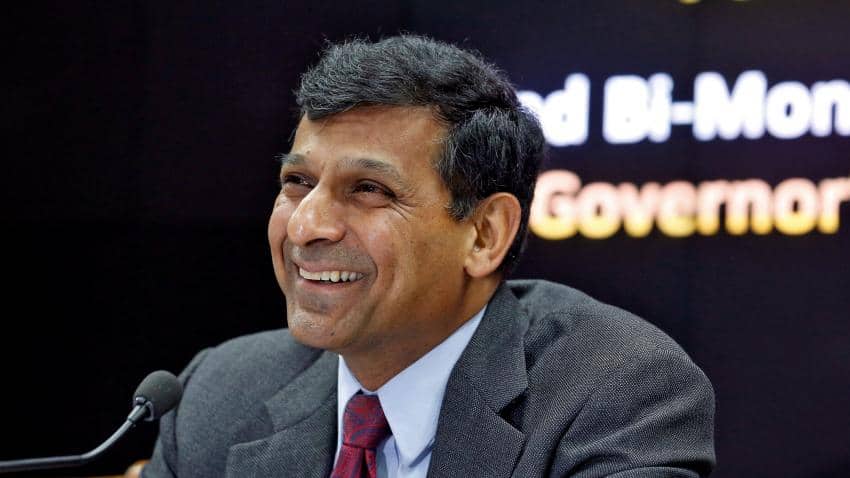 First, it was outspoken Raghuram Rajan and then old Rs 500/1,000 notes, including those bearing his signature -- 2016 saw them exit the Mint Street riding such big waves of controversies that their ripple effect is bound to be felt in the new year.

Rajan was replaced by a low-profile Urjit Patel as the new Reserve Bank Governor and the good-old Rs 500 banknotes made way for a new grey-colour replacement while a brand new pink Rs 2,000 note also entered the scene. A replacement for old Rs 1,000 notes is still awaited.

In his three-year tenure at RBI that ended this September, Rajan stoked several controversies with his comments on almost all issues under the sun -- including on political, social, academic and obviously economic issues.

In contrast, his successor Patel has often been criticised in some quarters for keeping mostly silent -- a trait which was initially seen as having gone in his favour after Rajan's vocal nature.

In his first-ever interview, Patel was however forceful in his own way when he told PTI that the demonetisation was "once in a lifetime event" and he was taking all necessary steps to "ease the genuine pain of citizens who are honest and who have been hurt".

From steering the monetary policy deliberations amid frantic calls for rate cuts to mounting the necessary mechanism for a daily monitoring of demonetisation move to keeping printing presses up and running to print replacement notes for scrapped ones -- it has been a bit too hectic for Patel since he took charge on September 4.

While Rajan is known to have opposed the idea of demonetisation, especially to fight blackmoney, Patel urged the people to start using cash substitutes like debit cards and digital wallets, saying it will make transactions cheaper and easier and in the long term will help India "leapfrog into a less cash-use economy at par with more developed nations".

But the joke, doing the rounds on social media and through WhatsApp, is that it is mostly the ATMs that have gone cashless and standing in queues to withdraw money is the new normal.

If not for the note ban, the leadership change would have been the most dominant factor of 2016 for the Reserve Bank, but its 'advice' to the government to scrap high-value currency notes will keep it busy for a long time to come, and success of the move will determine its credibility as well.

The final word is still to be said on the exact amount of the value carried by the scrapped notes and the estimates so far vary from about Rs 14.4 lakh crore to over Rs 20 lakh crore, even as the so-called '50-day' period of 'pain' and transition will end this week.

The famous Amul cartoons have poked fun at RBI by calling it 'Reverse Bank of India', referring to the issuance and re-issuance of more than 60 circulars already since the demonetisation announcement on November 8.

On the monetary policy front, the inflation cooled to under 4-per cent, making policy manoeuvring a bit easier for the newly-constituted Monetary Policy Committee, and industry got its much-desired rate cuts.

Meanwhile, with cash turning into a commodity in an economy that is predominantly cash-based with the continuing rationing of the notes, reports of a few bankers being arrested for illegally exchanging old notes into new ones raised doubts over the efficacy of the step to weed out blackmoney.

The scandals are not restricted to banks as even some 'junior officials' of RBI were arrested for allegedly facilitating money laundering. They have been suspended since then and are under multiple investigations.

Amid the entire debate on the need to demonetise, thoughts of Raghuram Rajan -- Patel's outspoken predecessor -- on the subject in 2014 also started circulating, wherein he seemed reluctant to any such move.

Rajan, who demitted office on September 3, even as he had a wish to continue, had opined that the solution to curtailing blackmoney was in expanding the tax base rather than to scrap notes.

When Patel took over the 18th floor corner office, it was taken as a departure from the immediate precedents wherein each governor has had to fight one or other crises, but it was a short-lived one as RBI plunged into the demonetisation exercise.

Before the cash recall exercise, there were a few anxious days as the Modi government took time to clear the mystery over governorship -- whether to give an extension to Rajan or find a replacement.

With no word forthcoming, Rajan on June 18 surprised all by announcing a return to academics, but made it clear that his wish was to continue and see his policies take root. The government followed suit and announced Patel's name to succeed two months later.

But before signing off, Rajan utilised the last of his public speeches, a favourite over three years, to flag the importance of ensuring RBI is truly independent.

"The central bank should be independent and should be able to say 'no' to seemingly attractive proposals... The Reserve Bank cannot just exist, its ability to say 'no' has to be protected," said the noted monetary economist, who had correctly predicted the 2008 sub-prime crisis.

Rajan also unleashed an array of reforms -- either incremental or radical ones -- across the spectrum. Before his departure, Rajan introduced a slew of measures with an eye on solving long-term problems like NPAs (where he set a March 2017 deadline to clean the books), deepening of the bond market and also operationalisation of new banks.

The NPA pain continued to be the biggest problem for the sector in 2016 as well, denting bank profits, but there was a slowdown in new bad asset formation.

The policies introduced by Rajan included new regulations as well as tweaking of some of the old ones. RBI's tools like 5/25 and strategic debt restructuring (SDR) scheme to address stressed loans helped banks refinance and restructure a few accounts.

It revised the SDR norms and asked banks going in for it to make sufficient provisions to the tune of 15 per cent of the loan value.

The SDR scheme could not pick up as bankers were unable to find buyers due to which the conversion of debt into equity could not happen in the stipulated 210 days from the time the scheme was invoked in an account.

To strengthen the lenders' ability to deal with stressed assets and put real assets back on track, RBI came out with a 'scheme for sustainable structuring of stressed assets' (S4A), which again is yet to find some currency with the lenders. And so far, banks could restructure only Hindustan Construction Company under the S4A scheme.

For the better part of the year, RBI, which has so far lowered its key rates by 175 bps, was vocal about banks' reluctance to pass the benefit to borrowers and give the sagging economic growth a boost.

But the lenders' defiance led RBI to devise a newer system of computation of lending rates called the marginal cost of funding-based lending rate (MCLR), which was introduced from April 1.

The lenders have so far passed only up to 0.70 per cent to the borrowers and moreover, the existing borrowers continue paying higher rates.

The era of differentiated banking finally became a reality during the year, with the first of the small finance banks and payments banks getting operational. RBI also started discussions on starting peer-to-peer lending.

Despite its cajoling, RBI is yet to make progress on ensuring large foreign banks operate as locally registered subsidiaries. A few like the Singaporean lender DBS that have applied for WOS are yet to convert as they are awaiting the final go-ahead.