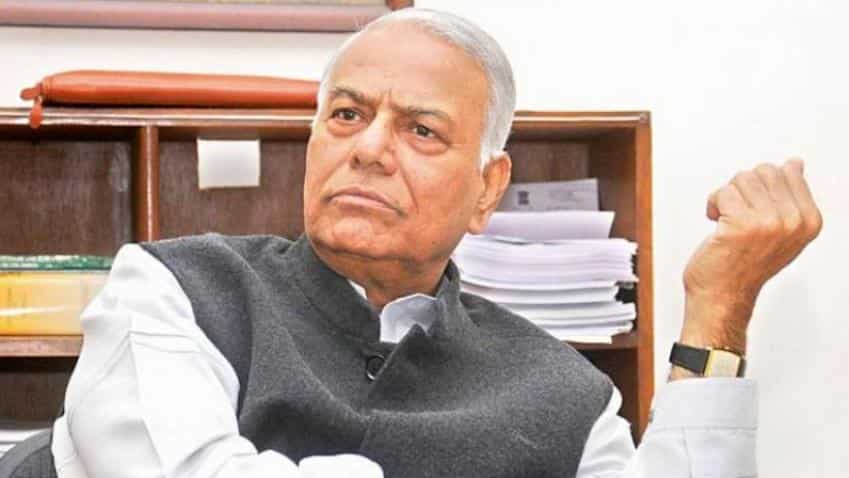 Party gave Yashwant Sinha a lot but he acted like a Congress leader: BJP

Who is to blame for ATM cash crunch? 2 to blame, says this ex FM

Senior BJP leader and former Union Finance Minister Yashwant Sinha, who has been trenchant in his criticism of Prime Minister Narendra Modi and his government, on Saturday announced that he was snapping his links with the BJP and launching a countrywide campaign to save the democracy. "I am announcing here from this stage to end my long time relation with the Bharatiya Janata Party," he said while addressing the first meeting of Rashtra Manch, founded by him.

Eighty-year-old Sinha, who had joined the BJP in the mid-90s, said "Aaj se mera BJP ke saath rishta samapt ho gaya. Main apna sambandh viched kar raha hun BJP se. Main BJP se khud ko alag kar raha hun (From today my relation with BJP is over. I`m severing my ties with the party...)." He said that from now he will try to unite all non-BJP parties, "I will not join any political party and will have nothing to do with party-politics."

"I am not an aspirant for any top post and I am making it clear here that I am not at all interested to seek any post," he added. Sinha, who was Finance Minister and External Affairs Minister in the Atal Bihari Vajpayee government, attended the meeting of the Rashtra Manch along with BJP MP Satrughan Sinha, RJD leader Tejashwi Yadav, Congress leader Renuka Choudhary and AAP leaders Sanjay Singh and Ashutosh.

In 2017, Sinha had created a political storm with an article in the Indian Express claiming that the Indian economy was poised for a hardlanding after demonetisation and GST.  Again, earlier this week he had written an open letter to BJP MPs asking them to challenge the leadership before the next elections so that correctives could be taken.

Party gave Yashwant Sinha a lot but he acted like a Congress leader: BJP

Who is to blame for ATM cash crunch? 2 to blame, says this ex FM