Wow! This German football legend's academy to set up training centre in Guwahati

Legendary German footballer and former Bayern Munich captain Oliver Kahn's academy Goalplay is planning to setup a training centre for goalkeepers in India. The academy has expressed its desire to set up the centre of excellence for goalkeeping in Guwahati. 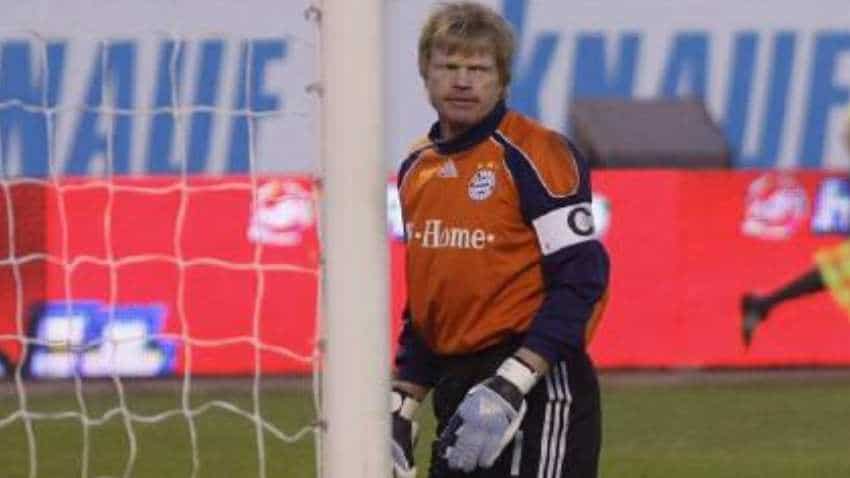 The academy aims to open four such centres across the country. Source - Reuters.
Written By: ZeeBiz WebTeam
Edited By: Harish Dugh
RELATED NEWS

Legendary German footballer and former Bayern Munich captain Oliver Kahn's academy Goalplay is planning to setup a training centre for goalkeepers in India. The academy has expressed its desire to set up the centre of excellence for goalkeeping in Guwahati. On Tuesday, the Chief Operating Officer (COO) of Goalplay, Moritz Mattes, met Assam Chief Minister Sarbananda Sonowal and expressed the academy's desire to set up a centre of excellence in the state. The academy aims to open four such centres across the country - one each in east, west, north and south India - the first lined up for Guwahati.

Founded by German goalkeeper Oliver Kahn, Goalplay is a training academy for optimising goalkeepers' performance. "Guwahati will be the venue for our centre of excellence in the eastern region," Moritz told the Chief Minister during the meeting and informed that with the help of the sports department, Goalplay will pick two potential young goalkeepers from the state to be sent to its centre in Munich for advanced training.

The Assam chief minister is also impressed by the idea and while praising Goalplay, thanked Kahn for choosing Guwahati as one of the venues. He assured that the state government will help in all possible manner to enable Goalplay to materialise its plan. He also agreed that two talented goalkeepers from the state will be picked and sent to Munich for advanced training. He asked Moritz to train the potential coaches from the state to help them learn all modern traits of coaching so that they can prepare players from Assam for the international level.

The chief minister has also extended an invitation to the German legend to come to Assam and encourage the football playing talents in the state.

Kahn is known for his performance in the 2002 World Cup, in which Germany lost to Brazil in the final. The former Bayern Munich stopper had won the Golden Ball award for his brilliant performance during the tournament. His academy plans to select the potential goalkeepers for training in Munich in September.