With looming uncertainty and no likelihood of an early economic recovery in sight, the bull run in gold prices is here to stay. Analysts expect domestic futures to touch Rs 52,000 per 10 grams in the next few months, till Diwali 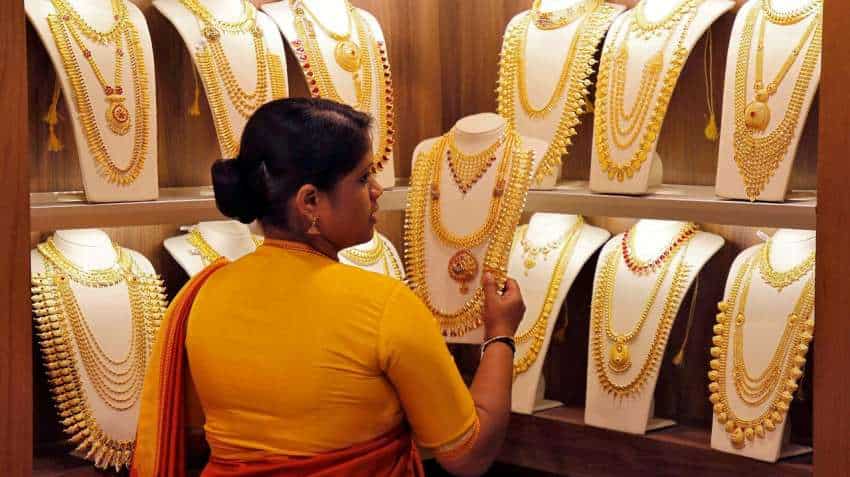 Buying gold during Coronavirus rally? Know how much unaccounted yellow metal you can hold without informing the Income-Tax Dept

With looming uncertainty and no likelihood of an early economic recovery in sight, the bull run in gold prices is here to stay. Analysts expect domestic futures to touch Rs 52,000 per 10 grams in the next few months, till Diwali. Experts also predict that with the current trend, gold may reach historic levels around Rs 65,000 per 10 grams in two years time.

Futures of the yellow metal have touched new highs in India off late. On Wednesday, the August contract of gold futures on the Multi-Commodity Exchange (MCX) touched an all-time high of Rs 48,589 per 10 grams.

It has, however corrected since and is currently trading at Rs 48,057 on the MCX, higher by Rs 116 or 0.24 per cent from its previous close.

Market experts are of the view that both domestic and international gold prices are yet not done breaching records and will touch new highs in days to come.

The resurgence in the number of new cases of coronavirus infection across the globe has added to the uncertainty and fears.

Gupta noted that with International Monetary Fund`s (IMF) latest downward revision of economic outlook, both global and of India, and the rising number of cases and high demand by gold exchange traded funds (ETF) have led to this record breaking rise in gold prices.

Covid-19 battered India`s economy is projected to contract by 4.5 per cent this fiscal, according to the IMF and the global output is projected to decline by 4.9 per cent in 2020, 1.9 percentage points below the IMF`s April forecast.

Hareesh V, Head of Commodity Research at Geojit Financial Services, said that gold`s safe haven appeal will remain on the higher side as there is little hope of a quick global economic recovery amid rising virus cases across the world.

According to Prathamesh Mallya, AVP Research, Non-Agro Commodities & Currencies at Angel Broking, said that with the global output to contract and the economies in a deeper recession than most anticipate, gold as an asset class is a safe bet for investors across the globe.

"Although, the physical demand has declined drastically due to the restrictions and lockdowns, the activity of global central banks and their net purchases of gold signal that uncertainty will continue for most of 2020," he said.

He was also of the view that in the international market price of the metal may move towards $1,850 per ounce and in the domestic market it is likely to move higher towards Rs 50,000 per 10 grams.

"The investment demand as seen in the net additions of ETF holdings also signals that gold will shine for a much longer time even if the pandemic is under control. Till then, keep buying gold, if not in physical form, but in digital form," Mallya added.

Industry insiders like Aditya Pethe, Director, WHP Jewellers said: "I basically feel that the current trend for the gold is bullish and for the coming next 2 years, it is likely to move upwards. No one can predict the exact price as currently the trend is on rise but it might change after 6 months. In general for the coming 6 months to one year, the gold prices are likely to cross $2,000 which comes to roughly Rs 55,000. For a temporary moment it may reduce, basically fluctuate as well but overall trend of gold is going to be bullish."

On his part, Ishu Datwani, Founder, Anmol Jewellers said: "Yes - it`s very likely that the gold price could easily go up to Rs 60,000-Rs 65,000 in the next two years. There is also a possibility of it going up even more."

"A lot of banks have been buying gold and there is also a possibility that the Indian rupee will depreciate against the dollar. This and geopolitical reasons will cause bullishness in gold."

Buying gold during Coronavirus rally? Know how much unaccounted yellow metal you can hold without informing the Income-Tax Dept