The tickets with these special fares will be on sale for three days starting from January 26 to 28, 2019 and will be valid for travel till September 30, 2019, the spokesman said. 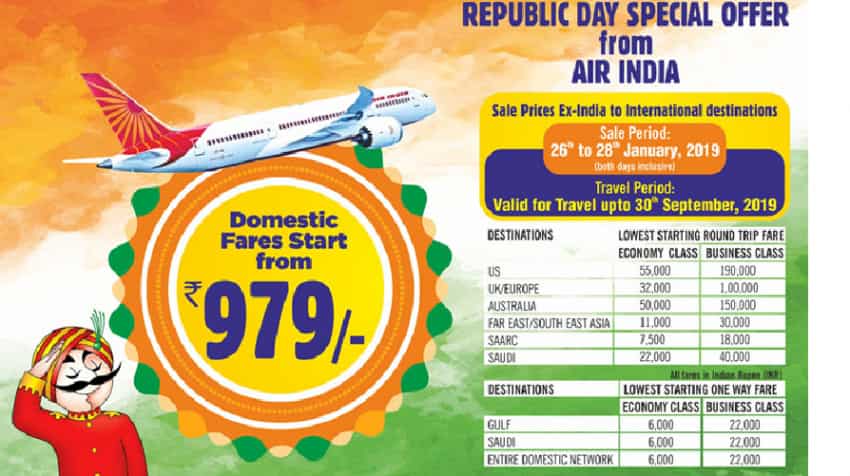 National carrier Air India has offered air tickets at very affordable all-inclusive rates on its domestic and international sectors in the economy class as its tribute to the nation on the occasion of Republic Day, an airline spokesman said on Friday.

The tickets with these special fares will be on sale for three days starting from January 26 to 28, 2019 and will be valid for travel till September 30, 2019, the spokesman said.

Tickets can be purchased from the Air India website, airline and city booking offices, call centres and travel agents on a first come first served basis.

On the domestic sectors, the lowest one-way fares starts from Rs 979 in the economy class to Rs 6965 in the business class, all-inclusive, he said.

For the Far East Asia and South East Asia sectors, the fare starts from Rs 11,000. Similar low fares are on offer for the SAARC and Gulf countries as well, he said.

Offering for business class fares are equally attractive in all the international sectors as well, the spokesman said.