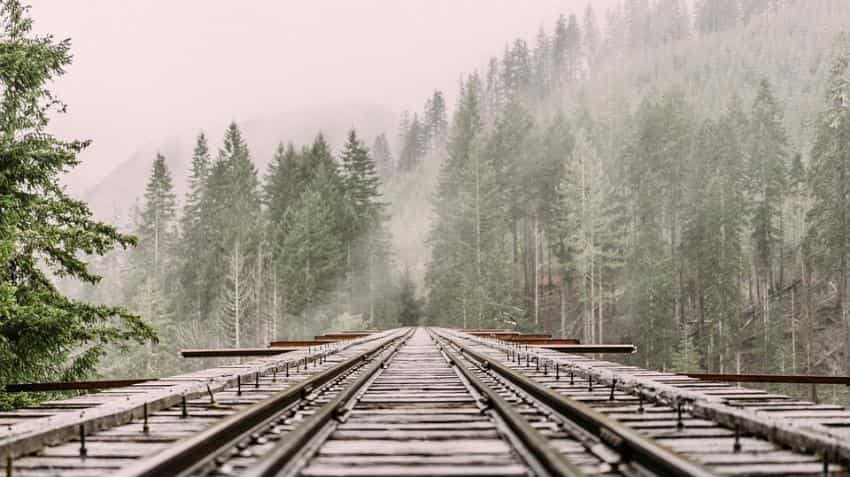 The Railways will kick off the final location survey of the 498 km long Bilaspur-Manali-Leh line at Leh in Jammu and Kashmir this week.

Coming up at a high of 3,300 metres, the strategically important rail project is touted to become the highest rail track in the world, overtaking China's Qinghai Tibet Railway.

The all-weather Leh rail network is one of the four important railway connectivities identified by the defence ministry along the China border.

Railway Minister Suresh Prabhu will inaugurate the work for the final location survey on June 27 at an estimated cost of Rs 157.77 crore. The survey is funded by the defence ministry.

The final location survey has been entrusted to RITES, a Railways PSU.

"RITES has deployed its expert team to carry out this challenging task. The survey will be carried out in three phases and is slated to be completed by 2019," said a senior Railway Ministry official.

Presently, the road route is open only for about five months in a year.

Apart from strategic considerations, the line connecting Bilaspur in Himachal Pradesh to Leh in Ladakh region of Jammu and Kashmir is expected to give immense "socio-economic benefits" to the region, including tourism.

Fourteen strategic lines have been identified, out of which four - Bilaspur-Manali-Leh, Missamari-Tenga-Tawang, North Lakhimpur-Bame-Silapathar and Pasighat-Tezu-Rupai - will be taken up in the first phase.

The Bilaspur-Manali-Leh line is along Himachal-J&K border and the last three lines along Assam-Arunachal border.

Once the Bilaspur-Manali-Leh railway line is completed, Leh will be directly connected to Himachal Pradesh and the rest of India by railway.

Personnel and equipment will be transported more easily to the strategic military base of Leh with the commissioning of the line.