Even before he assumed office as PM of India in 2014, Narendra Modi was known for his immense following on social media. 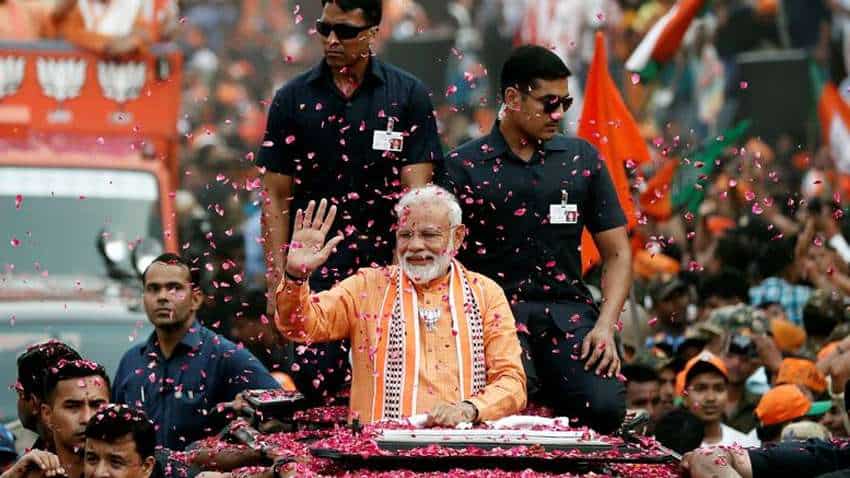 With around 45 million likes on his personal page, Prime Minister Modi is the most popular world leader on Facebook. Reuters photo.

Even before he assumed office as PM of India in 2014, Narendra Modi was known for his immense following on social media. Now, with around 45 million likes on his personal page, Prime Minister Modi continues to be the most popular world leader on Facebook, while US President Donald Trump dominates the rankings for the most interactions even as leaders across the world grow their audience on the social networking platform amid the COVID-19 pandemic, a study said on Thursday.

US President Donald Trump is the second most popular world leader on Facebook, with around 27 million likes and Jordan's Queen Rania is in third position with 16.8 million likes, according to in the latest 2020 "World Leaders on Facebook" rankings by leading global communications agency BCW (Burson Cohn & Wolfe). Ahead of his India visit in February this year, Trump bragged about being No. 1 on Facebook.

Although Trump is the second most popular world leader on Facebook, the new study found that the US President dominates the rankings for the most interactions with 309 million comments, likes and shares on his Facebook page over the past 12 months, ahead of Brazil's President Jair Bolsonaro with 205 million interactions. Modi is in third place with a total of 84 million interactions over the past 12 months, the research revealed.

For the first time the study, now in its fourth year, has incorporated the true reach per post for each of the Facebook pages of world leaders defined as a prediction of the number of real views an influencer gets per post rather than the volume of followers alone. Modi reaches on average 1.7 million of his fans which represents only 3.8 per cent of his Facebook community. Brazil's President reaches on average 956,000 of his 10 million fans and Trump reaches 877,000 fans, said the study.

During the month of March, the 721 pages of world leaders analysed in the study, part of the Twiplomacy series, added 13 million new page likes, a 3.7 per cent increase, which is almost half of the growth these pages enjoyed overall over the past 12 months. Notably, the pages of Italian Prime Minister Giuseppe Conte and those of the governments of Austria, Estonia and Italy more than doubled their page likes in March 2020 alone.