India is projected to grow at 7.5 per cent in the next three years supported by robust investment and private consumption, the World Bank has said. 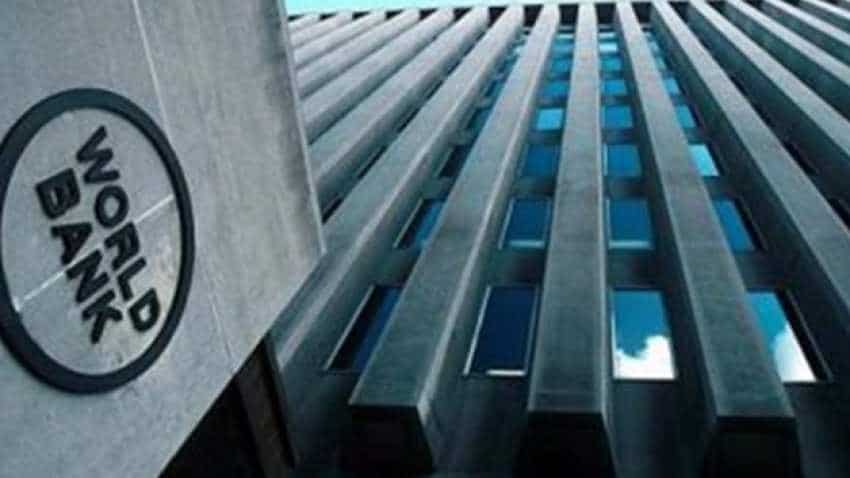 World Bank in its Global Economic Prospects released Tuesday said that India is estimated to have grown 7.2 per cent in fiscal year 2018/19. Photo: Reuters

With this India will continue to retain the position of being the fastest growing emerging economy. And by 2021, its growth rate is projected to be 1.5 per cent more than China's 6 per cent. According to the World Bank, growth in India is projected at 7.5 per cent in Fiscal Year 2019/20 (April 1, 2019 to March 31, 2020), unchanged from the previous forecast, and to stay at this pace through the next two fiscal years. "Private consumption and investment will benefit from strengthening credit growth amid more accommodative monetary policy, with inflation having fallen below the Reserve Bank of India's target,? it said.

Support from delays in planned fiscal consolidation at the central level should partially offset the effects of political uncertainty around elections in FY2018/19, it said. The World Bank said that India's urban consumption was supported by a pickup in credit growth, whereas rural consumption was hindered by soft agricultural prices. On the production side, robust growth was broad-based, with a slight moderation in services and agricultural activity accompanied by an acceleration in the industrial sector. Weakening agricultural production reflected subdued harvest in major crops on the back of less rainfalls, it said.

Services activity softened mainly due to slowing trade, hotel, transport, and communication activity. The industrial sector benefited from strong manufacturing and construction with solid demand for capital goods. The slowing momentum in economic activity in late 2018 carried into the first quarter of 2019, as suggested by softening services and manufacturing Purchasing Managers' Indexes, the report said. Observing that the new Goods and Services Tax regime is still in the process of being fully established, creating some uncertainty about the projections of government revenues, the report said fiscal deficits continue to exceed official targets in some countries -- India, Pakistan.

Pakistan's growth, on the other hand, is expected to slow further to 2.7 per cent in FY2019/20, which begins July 16, as domestic demand remains depressed and as current account and fiscal deficits diminish only gradually.