"Growing urbanization and heavy tourist load in summer months places huge demands on the water supply infrastructure and sanitation facilities in the city of Shimla," said Sameer Kumar Khare, Additional Secretary in the Ministry of Finance. 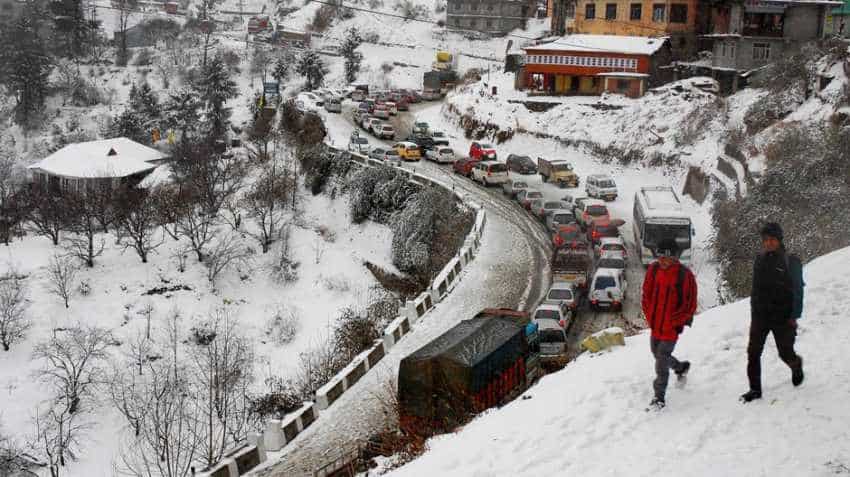 The Indian and Himachal Pradesh governments and the World Bank on Friday signed a $40 million loan agreement to help provide clean and reliable drinking water to the Greater Shimla area which has been facing severe water shortages and water-borne epidemics over the last few years.

The Shimla Water Supply and Sewerage Service Delivery Reform Programmatic Development Policy Loan is expected to improve water supply and sanitation services in and around the iconic hill city of Shimla, the lender bank said.

"Growing urbanization and heavy tourist load in summer months places huge demands on the water supply infrastructure and sanitation facilities in the city of Shimla," said Sameer Kumar Khare, Additional Secretary in the Ministry of Finance.

"The government of Himachal Pradesh has developed this comprehensive policy and institutional reform program to put in place systems to improve water supply and sewerage services in an efficient and sustainable manner," he added.

Shimla`s water supply infrastructure with a capacity of 40 million litres daily (MLD) is unable to meet the current demand of 56 MLD.

As elsewhere in urban India, around half the available water is lost to leakages and unauthorised siphoning.

As a result, water supply reaches citizens only once in two days and for limited hours.

With at least 30-40 per cent of Shimla`s population of around two lakh not covered by the sewerage system, sanitation has also emerged as a public health issue.

"The government of Himachal has taken the bold step of making the supply of water supply and sanitation services directly accountable to citizens by creating an autonomous, professional company that answers to the urban local body," Ahmad said.

The Bank-supported project, the first in a series of three development policy loans, will support the state programme of policy and institutional reform needed to bring continuous, pressurised water supply, efficient sewage collection and treatment for all households in the Greater Shimla area.

The $40 million loan from the International Bank for Reconstruction and Development (IBRD) has a four-year grace period and a maturity of 15.5 years.

Sustained growth of 7 to 7.5% for next 25 years achievable, says Bibek Debroy