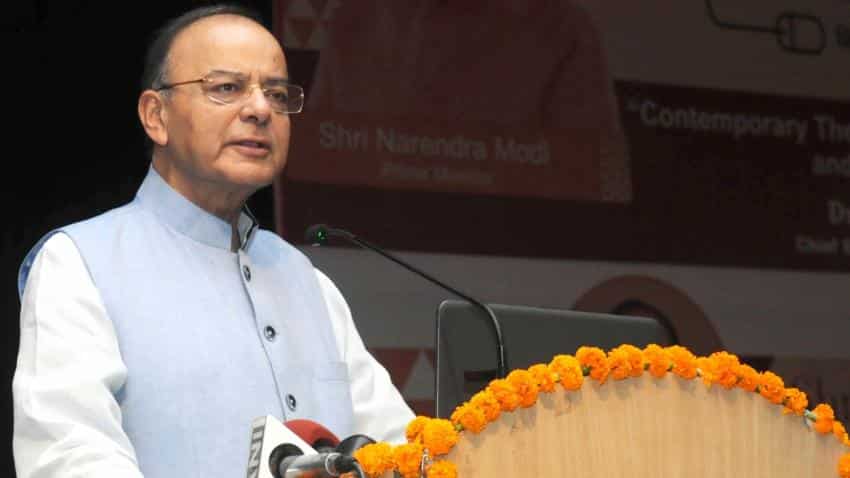 The government will not blink on rolling out the GST from July 1, Finance Minister Arun Jaitley said today, emphasising that businesses cannot give any excuse for not being ready as enough time was given to them for preparation.

However, implementation of the Goods and Services Tax (GST), which will unify more than a dozen separate levies to create a single market, may result in "some disruption" and "technological glitches" initially as traders and the smallest of businesses will have to file returns online, he added.

The biggest tax reform since Independence, which will gradually re-shape India's business landscape by making the world's fastest-growing major economy an easier place to do business in, would bring down barriers between 30 states and unifying the USD 2 trillion economy and 1.3 billion people into a single market.

Jaitley said GST over the medium to long term will lead to higher revenues to Centre and states while also increasing the size of the economy and having a positive impact on the GDP.

"We should be prepared that when the switchover will take place. In the short-term, there will be some challenges," he said. "The reform step is for betterment. All reforms initially are seen as disruptive, and in the long run are seen as result yielding reform."

Jaitley said the process of registration of existing central excise, service tax and state VAT payers in the new system was "going on well".

"It is not a very complicated process," he said adding GST will check tax evasion and in the long run lead to rise in number of the assessees.

As many as 65 lakh assesses have already registered and more are expected to sign up. "65 lakh who have registered they did not face problem, the five who have faced problems are on Twitter," he quipped.

Ruling out deferring the rollout because of a small number of people who say businesses are not ready, he said when reforms are implemented "the first principle is you should never blink. If you blink, then you get derailed."

"We have for the last six months saying that the date is July 1. Nobody had any business to be not ready," he said.

Jaitley said the government has already relaxed the dates for filing of initial returns and traders and businesses now have time till September 5, instead of previous August 10, for filing the returns and being ready.

"There is still two and a half months to be ready, but if he (business) is still not ready, I am afraid, but he doesn't want to be ready," he said.

Reminiscent of India's tryst with destiny at the mid- night of August 14-15, 1947, Parliament's historic Central Hall will host an hour-long function on the intervening night of June 30-July 1 to mark the rollout of GST

Jaitley said the GST Council has arrived at tax rates on most of the commodities on the basis on "equivalence" so that incidence of tax remains at the current level.

"The tax rates that has been fixed, that will apparently lower our tax revenues. But we are hoping that even after reducing rates the revenues won't come down because evasion would be checked in an efficient system," he said.

"In some cases, because there are public interest involved, we have in fact brought down the tax rates. On first principle, Centre and states have suffered a revenue loss but we are hoping to make up for that loss because of more efficient system," he said.

The anti-profiteering clause is transient and should act as a deterrent. "I hope we are not compelled to use it," he said.

He said almost all states have cleared the State GST (SGST) Act, with the exception of Jammu and Kashmir and Kerala.

"I strongly believe that any state keeps out, both its traders and consumers will suffer loss. Because they will not get the benefit of input tax, they will have to pay tax twice and the consumers will get materials which is costlier than rest of the country. Also compensation package won't be given to states who do not implement GST," Jaitley said.