Hurun Global Self Made Women Rich List 2019: China topped the list with 51 female entrepreneurs, followed by the USA and the UK. 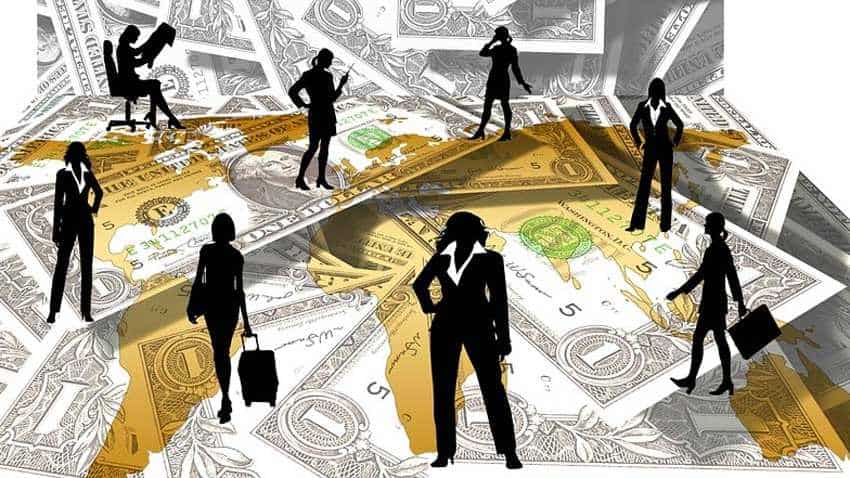 Hurun Research recalculated the individual wealth of some of the women, separating their wealth from that of their spouses. Pixabay
Written By: ZeeBiz WebTeam
RELATED NEWS

Hurun Global Self Made Women Rich List 2019: The Hurun Research Institute and Mini World today released the Hurun Richest Self-Made Women in the World 2019, a list of the self-made women billionaires in the world. This is the 9th year of the list. The list has a total of 89 self-made women billionaires from 16 countries, which is 13 fewer than last year. There is a slight disappointment for India as no woman from the country has made it to top 10. However, Biocon founder Kiran Mazumdar-Shaw has made India proud as she has been ranked 11th in the list. Shaw jointly shares the position with Zhong Huijuan of China and Judy Faulkner of the US. 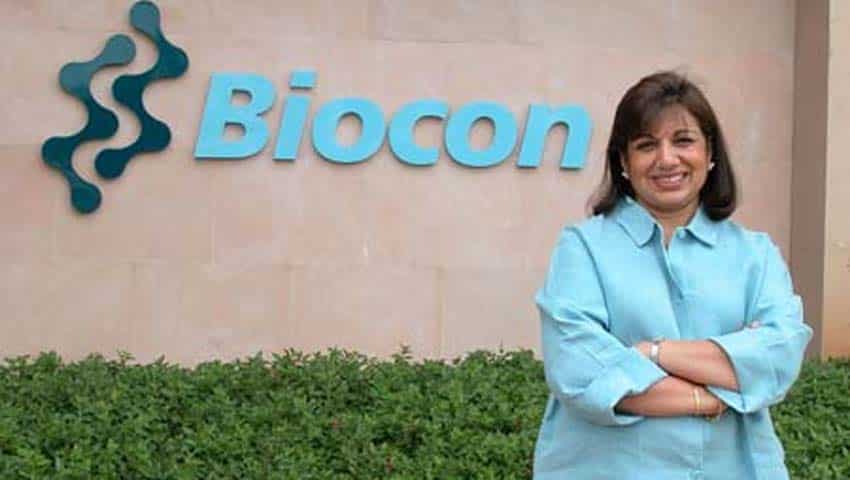 Hurun Research recalculated the individual wealth of some of the women, separating their wealth from that of their spouses. Wealth is a snapshot of 31 January 2019, drawn from the recently released Loong Palace·Hurun Global Rich List 2019.

“The stories of these 89 self-made women tell the story of women in the modern-day world of business,” said Rupert Hoogewerf, chairman and chief researcher of Hurun Report. “Their spirit of entrepreneurship is an example for many young women looking to become the next Wu Yajun or Oprah Winfrey. Further research needs to be done to understand what it is that has made China such a dominant force for women entrepreneurs. I am delighted to put out the Hurun Richest Self-made Women in the World 2019 together with Mini World.”

Eva Wan Yuhua, Founder and Chairlady of Mini World said, “Mini World uses IoT technology to link Chinese women with the rest of the world. Through the sharing of global resources and wisdom, through our Global Glamour Women's Business School, we are building a new ecosystem and creating new wealth. This new era has given women unlimited opportunities, and they have created tremendous value for the world.” 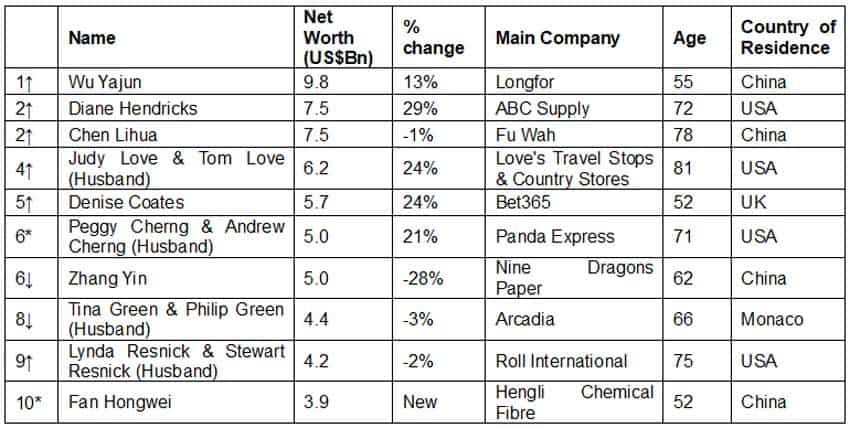 * China Property Queen’ Wu Yajun, 55, takes the title of Richest Self-Made Woman in the World, on back of 13% rise in wealth to US$9.8 billion.

* 89 self-made women billionaires found in the world, more than double that of 5 years ago, but down 13 on last year

* 57% from China, down 6% from last year, but still far and away the Number One in the world, three times as much as the USA. UK came in third.

* ‘Touchscreen Queen’ Zhou Qunfei, last year’s number One, dropped down 13 places to 14th, losing 63% of wealth to US$3.4 billion on back of share price fall

* Beijing, Shenzhen and Shanghai Top 3 preferred cities for world’s richest self-made women. 5 of Top 6 cities for the world’s most successful women in business in China.

* Manufacturing is the main source of wealth, despite losing 6 billionaires last year, followed by real estate, retail and tech

* Total wealth US$2 trillion, down 12.5% from last year. Rupert Hoogewerf, chairman and chief researcher at Hurun Report, said: "A drop of more than 20% in the Chinese stock market, combined with a 6% depreciation in the Chinese Yuan were the main reasons for the large number of Chinese who fell off the list."

9 made the list for the first time, led by Fan Hongwei of Hengli Chemical Fibre, who shot straight into the Top 10, followed by Lu Zhongfang of training platform Offcn.

* With 51 billionaires, China has produced 57% of the world's self-made women billionaires. The US is second with 18, followed by the UK with 6. According to Hurun Global Rich List, China topped the list with 658 billionaires, 74 more than the USA with 584

* Only 5 are 45 or under, down by half from last year. Wu Yan, 38, of Chinese entertainment platform Hakim, was the youngest self-made billionaire, followed by Chen Xiaoying, 43, from express delivery brand Shentong Express, and Tatyana Bakalchuk, 43, from Russian e-commerce platform Wildberries.

As many as 22 billionaires have dropped off the last year’s list, a record, including well-known Chinese actress and entertainment investor Vicky Zhao Wei, 42. Also, 47 billionaires saw their wealth shrink or stay the same. This compares with 430 individuals who dropped off the Hurun Global Rich List, released last week in Beijing and Mumbai. China led that list with the largest number of drop-offs, with 213.