With highest-ever total sales, is Maruti Suzuki the next big money magnet? What stock investors should know 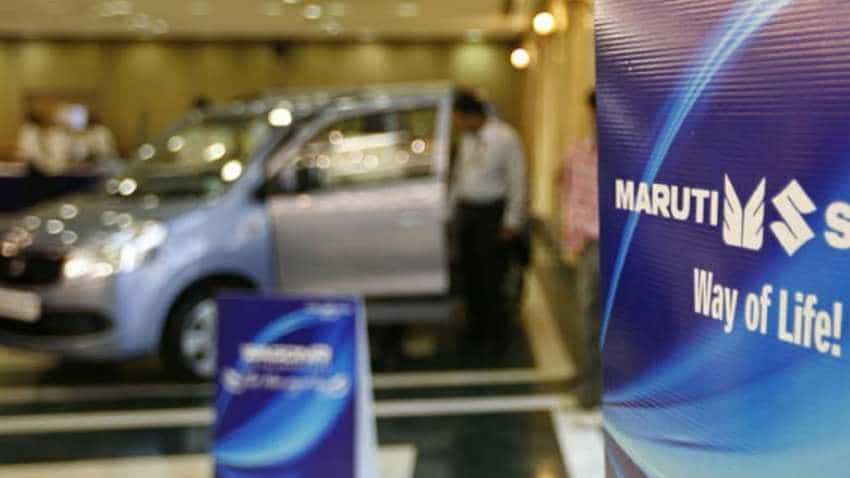 Maruti is still among the most preferred stock as an investment. Photo: Reuters
Written By: ZeeBiz WebTeam
RELATED NEWS

Investors were quite upbeat on automaker Maruti Suzuki, as the stock has surged by over 2.50% on exchanges with an intraday high of Rs 7,056 per piece. This is despite, Maruti increasing prices of its entire cars. At around 1438 hours, Maruti was trading at Rs 7,031.90 per piece up by Rs 149.05 or 2.17% on BSE. Such optimism was due to the company recording the highest ever sales by the end of fiscal year FY19. But did you know Maruti has exceeded expectations in terms of March 2019 month, compared to peers. Even though there have been major shocks in automobile sector, which has impacted sales of various companies, Maruti is still among the most preferred stock as an investment. In fact, recently, CLSA has given Buy target on the company. Not only this, one can still stay invested in Maruti, as the company is seen to rise by nearly Rs 1,000 ahead.

Highlighting top picks, Motilal said, “We prefer PVs over CVs/2Ws as the segment is better placed to face BS-6 challenge and a stable competitive environment. Our top picks in autos are MSIL and MSS among large caps, and ENDU and EXID among midcaps.”

On the other hand, CLSA said, “Indian auto demand has weakened sharply in the last 6M and we now see signs of a broader consumption slowdown. New safety and emission regulations over the next 1Y will push up vehicle costs posing further headwinds, although petrol cars should see a lower cost impact than other vehicle segments, making Maruti less vulnerable.”

With Toyota and Suzuki making progress in product development since tie-up, CLSA says, “which mitigates the key risk of electrification for Maruti, but vehicle cross-badging could eat into Maruti’s volumes to some extent.”

If we compare the current market price and CLSA target, then Maruti will rise over 13% ahead.