With demonetisation, we have postponed a revival in investments, CMIE CEO Vyas 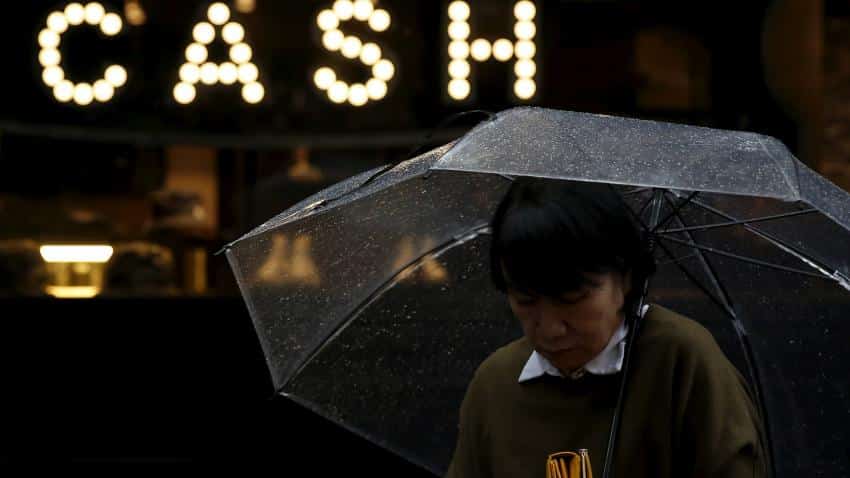 BSE and CMIE's consumer sentiments data show that it rose 98.8 during the week of demonetisation announcement, which was at 96.6 a week before and fell to 98.6 the week after the announcement. Image Source: Reuters
RELATED NEWS

Consumer sentiments and unemployment rates took a leap for the positive as PM Modi announced the demonetisation of higher currency, Centre for Monitoring Indian Economy (CMIE) and BSE data show.

BSE and CMIE's consumer sentiments data show that it rose 98.8 during the week of demonetisation announcement, which was at 96.6 a week before and fell to 98.6 the week after the announcement.

Post demonetisation the unemployment rate reduced to 6.5 from 7.5, which was one week before the announcement.

“This whole expectation that things will get better, is that like an Indian psyche? So is that ‘key’ for people to think that ‘ache din abhi aane wale hai.’ Because that’s what the data showed at least,” asked Rama Bijapurkar author and leader on market strategies and India’s consumer economy.

Santosh Desai, brand consultant, said, “I’m not sure if that proverb was always true. It’s only recently that we are living with that optimism that tomorrow is going to be better than yesterday. I think that my generation grew up believing that there was a nameless ‘yesterday’ long long back that was golden, that the present was actually quite miserable and the future was not worth thinking about.

I think this is the first generation that believes that its tomorrows are better than its yesterdays.”

“It (economy) will be fine because a large part of what this particular shock addresses is the expectations of people and that is what we see in the data (on consumer sentiments). Because what it does tell you is that things are going to get better. Demonetisation addresses expectations more than it addresses many other things. So in the short term there will be problems for people, in the long term it has impacted our expectations to move in a positive manner,” Laveesh Bhandari, Indian economist and director of Indicus Foundation said.

Mahesh Vyas, CEO of CMIE said, “The problem is that we believe that we have disrupted consumption and with that we may have done something more. We have postponed a revival in investments. Now we have to wait for I do not know how long for that (investments) to pick up again.”

The data that was published immediately after demonetisation, Vyas said was published with a caveat. “How many of these shocks have been witnessed in the economy in the past?” he said.

“People find inventive ways around the cash crunch as well - there is always the art of jugaad. At the same time, this seems to suggest that demonetisation is a one-off event and is not likely to generate a significant structural shift of activity from the informal to the formal sector,” Thomas Rookmaaker, Director in Fitch's Asia-Pacific Sovereigns Group said.

“This new path that has been taken (demonetisation), which in many ways seems to be irreversible, is a path forward and give or take shocks and your peeks or troughs, when you speak to consumers somehow you see how a point of inflection  has been passed.

But speaking about whether demonetisation affecting consumer sentiments, it absolutely does. Do I therefore look at this data and say ‘my God everything that we know about how consumers will react is wrong,’ because consumers seem quite happy. I don’t think so! I will make nothing of this data,” Santosh Desai added.

He further added demand has gone out and there is now an inability to convert demand into actions.

“What demonetisation has done is that it has made it impossible for you to act in the short run. So to argue that sentiment in any meaningful sense has not been affected and even if people were to say what they like it does not matter because they don’t have the money,” Desai said.

During the period of May to August, when the survey by CMIE was conducted, the results revealed that consumer sentiments among the business or salaried class was the highest at 107.3 and it was lowest in the small traders and daily wage labourers and miscellaneous group at 98.2 and 94.0 respectively.

“When you mess with the ‘instrument’ that the economy speaks you are bound to bring out trust issues. We don’t know if the 2000 rupee note is not here to stay. Maybe its money maybe it’s not. Demonetisation is a shock in every sense of the word,” Desai said.