Will stick to priorities in highways; contribute towards path chosen: Gen VK Singh

Contributing towards the path already chosen for the highways sector and fulfilling targets will be priority for former Army chief Gen Vijay Kumar Singh, who assumed charge as Minister of State for Road Transport and Highways Monday. 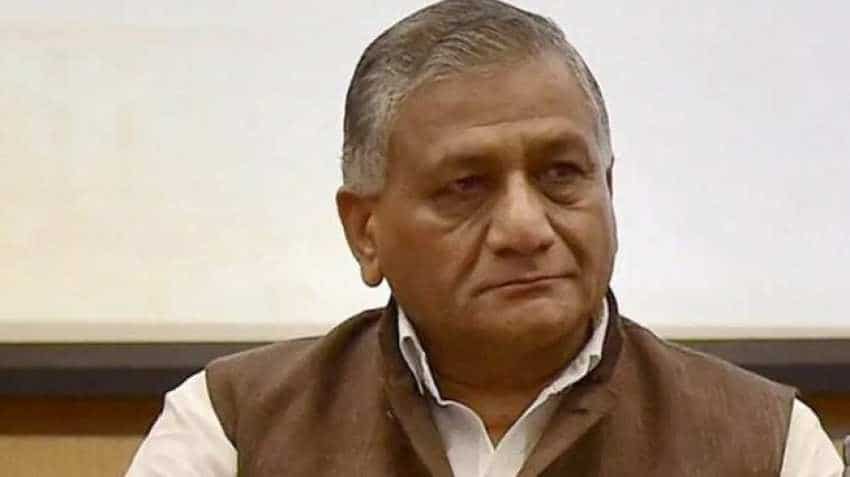 Contributing towards the path already chosen for the highways sector and fulfilling targets will be priority for former Army chief Gen Vijay Kumar Singh, who assumed charge as Minister of State for Road Transport and Highways Monday. Singh, who has been retained in the new Union Council of Ministers by Prime Minister Narendra Modi, was talking to PTI after taking the charge. Gen Singh, 68, who retired as Army chief in 2012 has served as MoS for External Affairs in the previous government. In the last tenure, he has to his credit among others, successful 'Operation Rahat' in war-torn Yemen in 2015 when 4,800 Indians and 1,972 people from other countries were evacuated.

"This ministry is one of those which already has priorities and it has followed the priorities for the last five years. The job cut out now is to ensure that we stick to these priorities and fulfil the targets that we have set for ourselves," Singh told PTI. He said: "The Minister (Road Transport and Highways Minsiter Nitin Gadkari) has laid down certain things and I will go through those and find out what we can do and how we can make things better and contribute towards the path he has chosen." At the moment he said he was trying to absorb what all has happened and is going to happen and what are the various things where he could contribute significantly.

Apart from 'Operation Rahat' in his previous tenure as MoS External Affairs, in July 1016, he again led the exercise for evacuation of Indians from violence-hit South Sudan under 'Operation Sankat Mochan'. He also represented India at several bilateral and multilateral events as well as special assignments in Asia, Africa, Latin America & the Caribbean region and Europe. He joined the BJP ahead of 2014 Lok Sabha election, which he successfully contested from Ghaziabad in Uttar Pradesh. He has retained the seat in this general election.

He has also briefly served as Minister for Development of North Eastern Region (DONER) with independent charge in the first Modi government. Singh has had the experience of serving in the northeast in different capacities as an Army officer too. He was also the GoC-in-C of the Eastern Command looking after the eastern and entire northeastern region. Gen Singh was awarded Yudh Seva Medal for operations as part of IPKF in Sri Lanka, the Ati Vishisht Seva Medal for distinguished service while commanding a counter-insurgency force in 2005 and Param Vishisht Seva Medal in recognition of his exceptional and distinguished services in the Eastern Theatre in 2009.