Will retail inflation be in line with RBI's target?

Finance Minister Arun Jaitley had presented Economic Survey for 2016-2017 in Parliament on January 31, a day before the Union Budget. 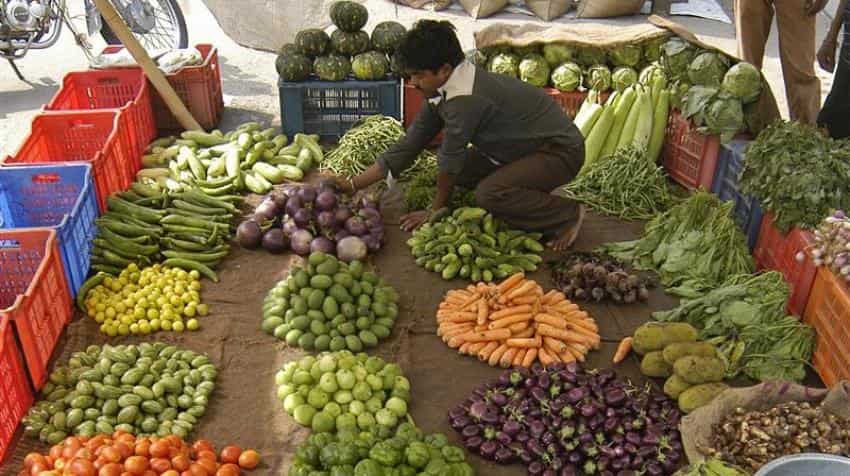 The data will be released by Ministry of Statistics and Programme Implementation (MOSPI) at 5:30 pm. Photo: Reuters

Consumer Price Index (CPI) or retail inflation for the month of January is set to be released today later in the evening. The data will be crucial this time as it will provide broader picture of impact of demonetisation on the economy.

Retail Inflation, in the month of December stood at 3.41%, which was below the Reserve Bank of India's March-end 2017 target of 5% and medium-term target of 4%.

The data will be released by Ministry of Statistics and Programme Implementation (MOSPI) at 5:30 pm.

According to a Bloomberg analyst poll, CPI will be at 3.24% in January from 3.41% a month ago. A Reuters poll predicted that the inflation is likely to cool further, the lowest in at least five years, after food prices fell and demand weakened following Prime Minister Narendra Modi's ban on high-value currency note, or demonetisation.

The Reuters poll of 26 economists estimated the inflation to be slowed to 3.22% in January, which would be the lowest in the index's five-year history.

Since November, when in a surprise move, the government had ban Rs 500 and Rs 1000 notes,  the consumer price inflation has been below 4%.

Finance Minister Arun Jaitley had presented Economic Survey for 2016-2017 in Parliament on January 31, a day before the Union Budget. The survey had said that the retail inflation is likely to be well below RBI's target of 5% in the current fiscal as demonetisation would discourage any price headwind.

"The outlook for the year as a whole is for CPI inflation to be below the RBI's target of 5%, a trend likely to be assisted by demonetisation," said the Economic Survey.

In the current fiscal so far, retail inflation stabilised around 5%, while wholesale price-based inflation averaged around 2.9% during April-December.

During April-December, retail inflation averaged 4.9% and displayed a downward trend since July when it became apparent that kharif agricultural production in general, and pulses in particular would be bountiful, it had said.

The survey mentioned that the fall in pulses prices has contributed substantially to decline in CPI inflation.