Niti Aayog's Vice-Chairman Rajiv Kumar earlier expressed his confidence stating that India's economic growth in Q2FY18 is expected to soar between 7% and 7.5%. Considering an economist's forecast, this number was a higher projection. 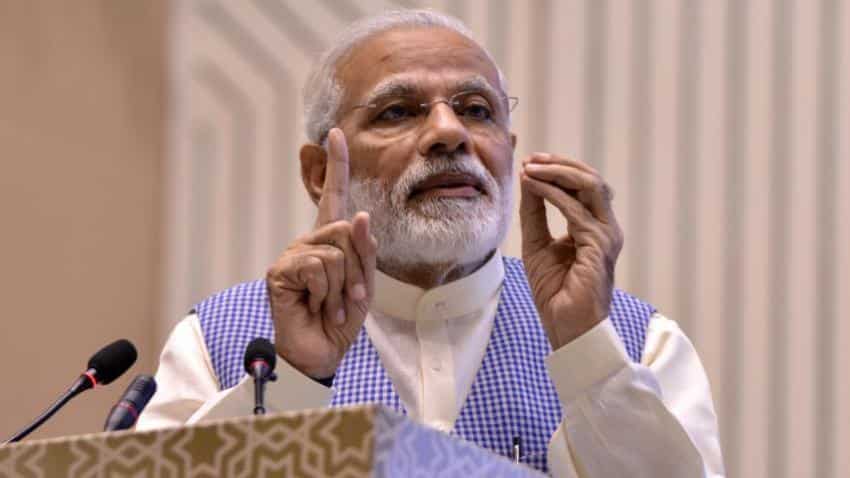 After witnessing a disappointing performance of the first quarter growth at 5.7 per cent--a three-year low in Q1FY18, analysts are expecting a higher dataprint for the September quarter GDP that will be announced tomorrow.

The dismal performace of India's economy has compelled expert and economist to slash the country's growth rate below 7% for entire fiscal year 2017-18 (FY18).

Everyone blamed Prime Minister Narendra Modi's demonetisation and Goods & Services Tax (GST) as the main culprit for the economic slowdown.

Aditi Nayar, senior Economist, ICRA, said, “Q1 numbers which came in below market expectation, issues related to GST transition surpassed expectation in terms of hampering the economy." She further said, “GST transitions are not yet sorted out and we are hopeful that last weeks GST council meet - might bring some relief for industries and defence.”

As per Care Ratings, demonetisation move, which was announced on November 08, 2016, affected both demand and supply.

Even, the International Monetary Fund in World Bank's economic outlook report, slashed the country's growth project by 0.5% to 6.7% for 2017-18. 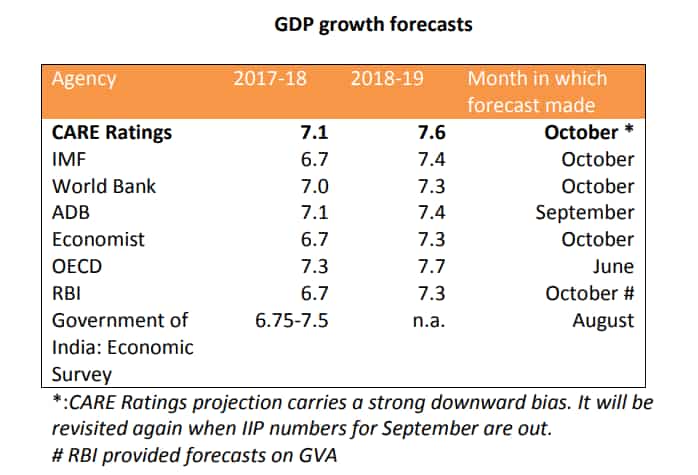 Apart from this, many other economists and the Reserve Bank of India (RBI) itself projected India's GDP growth below 7% for FY18.

The Prime Minister, however, lashed out critics in the month of October 2017, saying his government will continue reforms and will not hesitate to take decisions to reverse the GDP slowdown witnessed in the last two quarters.

Some considered that demonetisation and GST were part of periodical changes and their effects would ease down in coming months.

Teresa John, Research Analysts at Nirmal Bang, said, “We expect a strong pick-up in activity in 2HFY18 as the shocks of demonetisation and GST fade away slowly."

Earlier, Niti Aayog's Vice-Chairman Rajiv Kumar expressed his confidence stating that India's economic growth in Q2FY18 is expected to soar between 7% and 7.5%. Considering an economists forecast, this number was reportedly a higher projection.

A Normura report stated that an improvement in trend growth as impact of demonetisation is gradually fading, with the fallout from GST likely to extend to the September quarter before fading out.

Recently, ICRA has viewed economic expansion in terms of gross value added (GVA) to improve to 6.3% in Q2FY18 compared to 5.6% in June quarter on the back of industrial growth, even as agriculture, forestry and fishing and services are likely to moderate.

ICRA now expects a moderate upswing in volume growth and capacity utilisation in Q2FY18, led by restocking of inventory closer to normal levels.

Dr Soumya Kanti Ghosh, Research Economist at State Bank of India, however strongly believes that Q2FY18 GDP growth is likely to trend higher and might be in 6.3%-6.4% band (GVA at 6.1-6.2%) with a downward bias. 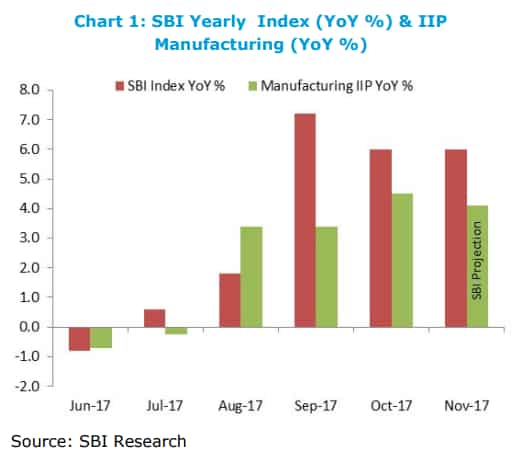 Ghosh further said that in line with the SBI Composite index, which tracks the manufacturing activity in the country, the IIP Manufacturing output grew by 3.4% (10-month high), Mining by 9.4% (5-month high) and Electricity production grew by 7.9% in Sep’17. Consequently, IIP for September grew at 3.8%.

It may be noted that activities in trade, hotels, transport and communication, which were affected post-demonetisation, bounced back to register a five-quarter high growth of 11.1% in Q1FY18.

Most of the lead indicators of activities in this segment, viz., foreign tourist arrivals, international passenger and air freight traffic, railway traffic, and telephone subscribers has shown an uptick in recent months.

Also, the 2795 listed corporates have declared their Q2FY18 quarterly results, it may nevertheless significantly improve upon Q1FY18 GVA number of -8.4%. 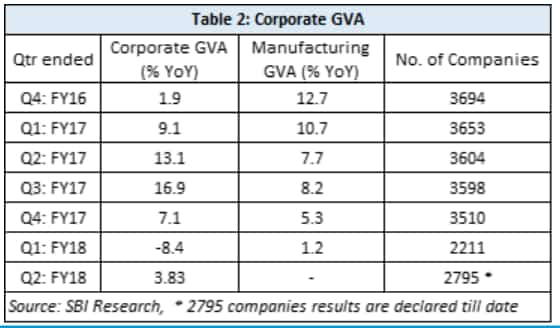 But if we closely look at the data, India's GDP numbers has been slowing down since the start of last fiscal year (FY17).

These impacts will fade away but deeper problems like subdued private investment in India, lower rate of growth in government spending, slowdown in consumption spending and corporate debt overhang which has been hanging in India since past few quarters still remains. 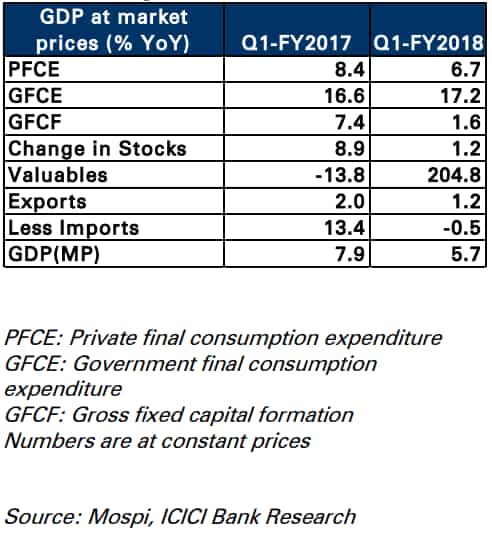 Earlier, Nayar had mentioned that investment recovery hope, which was expected to revive in second half of FY18, now shows different picture and growth is unlikely this fiscal

Derrick Y Kam and Chetan Ahya, Economist at Morgan Stanley Asia Limited, are confident that a recovery in private capex will be underway in 2018, for the first time in six years