Will CPI inflation for September be inline with RBI's estimates? 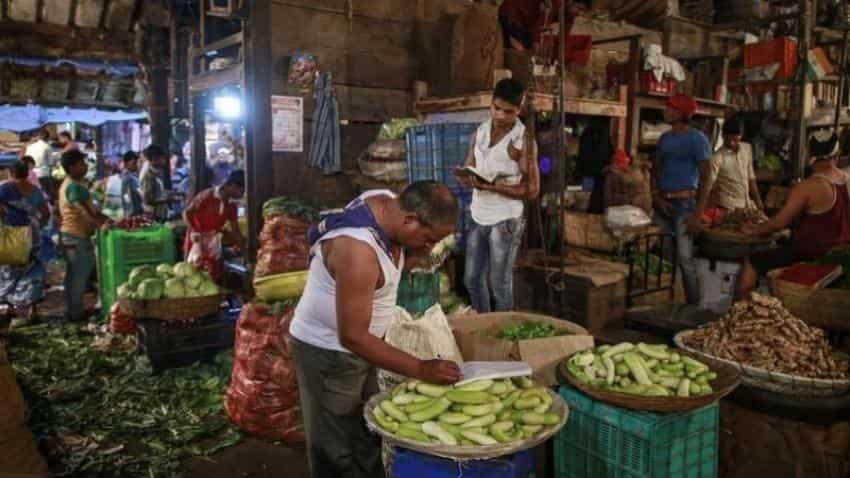 For the month of August, CPI had increased 5.05% year-on-year, after after surging for four-straight months. Photo: Reuters

The consumer Price Index (CPI) Inflation or retail inflation for the month of September is set to be announced on Thursday at 5.30 pm by the Ministry of Statistics and Programme Implementation (MOSPI).

Today's announcement will be in focus as the Monetary Policy Committee (MPC) in its last bi-monthly policy had cut the repo rate by 25 bps to control the inflation and had retail inflation at 5% in Q3FY17.

Kotak Institutional Equities, in a recently released report, had said that MPC's target was higher than their estimates of 4.3% in Q3FY17 and 4.5% in Q4FY17.

On October 4, the RBI in a statement had said, "The decision of the MPC is consistent with an accommodative stance of monetary policy in consonance with the objective of achieving consumer price index (CPI) inflation at 5.3% by Q4 of 2016-17 and the medium-term target of 4% within a band of +/- 2%, while supporting growth."

For the month of August, CPI had increased 5.05% year-on-year, after after surging for four-straight months, on the back of better consumer food price index (CFPI). Consumer price index stood at 6.07% in July led by continous rise in food prices.

Retail inflation at 3-months low, what respite it brings to aam aadmi: 5 points

India may get breather from inflation in 2023, but at cost of real GDP rate: RBI Bulletin