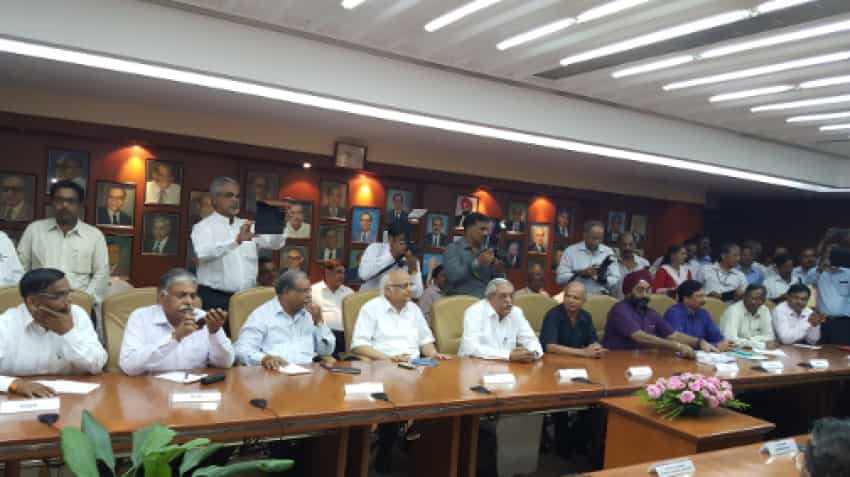 Corporate debt continues to be a cause of concern

The All India Bank Employees’ Association has released a list of wilful defaulters.

It said, “Bad loans in the Banks are increasing day by day. But the Government and the RBI are not taking tough measures to recover the bad loans. Even their names are not being published. Loans are given from public money. Hence people should know who the loan defaulters are. When poor borrowers are harassed, corporate defaulters are given all concessions. The number of wilful defaulters is also on the increase.”

The union said that Punjab National Bank topped the list of public sector banks with a total of nearly 700 accounts defaulting on Rs 9,44,505 crore worth of loans. In nationalised banks, the total amount ofcdefaulted loans amounted to Rs 2,87,7,525 crore

While the defaulted loans in SBI and its associate banks amounted to Rs 1,85,7,646 crore.

The largest national trade union centre of bank employees in India, AIBEA stated that the bad loans in banks have been increasing on a year-on-year basis.

“We demand that wilful default should be terms as ‘criminal offence’ and criminal action should be taken against them for recovery of the loans. Hence we are publishing the names of the wilful defaulters of the Banks. Please visit our website for the list,” C H Venkatachalam, General Secretary, said in a statement.

Corporate debt continues to be a cause of concern