"Our analysis shows that at the current crude prices and extending our analysis to 19 states (overall consumption share is 93 per cent), the states could have gained at least an additional Rs 18,728 crore of revenue (in 2018-19)," said SBI's Ecowrap report. 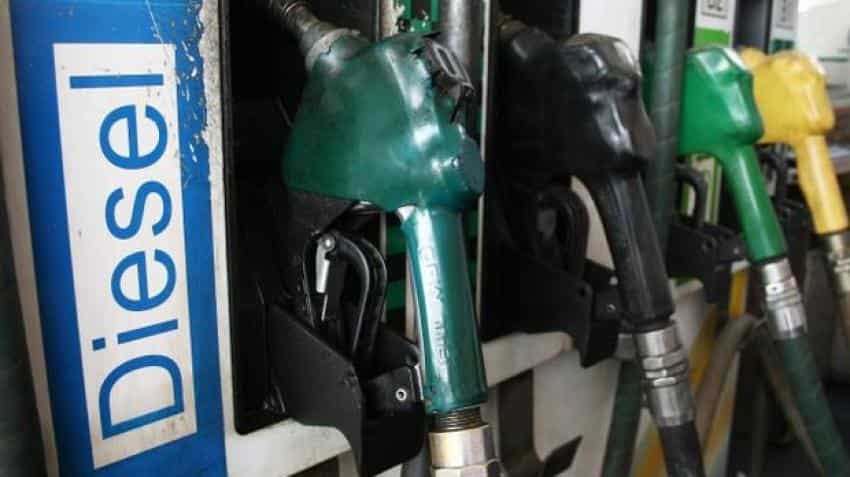 As petrol and diesel prices rallied for the 16th straight day on Tuesday, a latest report suggests the best way out is for state governments to cut the taxes at their levels rather than for the Centre to do so. States can cut petrol price by Rs 2.65 per litre and diesel by Rs 2 a litre if they decide to forego potential additional gains out of high crude oil rates, said an SBI report released on Monday.

"Our analysis shows that at the current crude prices and extending our analysis to 19 states (overall consumption share is 93 per cent), the states could have gained at least an additional Rs 18,728 crore of revenue (in 2018-19)," said SBI's Ecowrap report.

The report further states that states earn an additional revenue of Rs 2,675 crore over and above the budget estimates for every $1/barrel increase in oil prices.

"Given that these revenue if foregone will not impact states fiscal position, we estimate that on an average, states can cut petrol prices by Rs 2.65/litre and diesel by Rs 2/litre, if the entire revenue gain was to be neutralised. This is the most plausible scenario under the current circumstances," the report said.

The report put forth one suggestion to further rationalise the petrol and diesel prices. It suggested considering a pricing mechanism where VAT is imposed on base price only by states and not on prices inclusive of the Centre's tax.

If this was the case, diesel prices could further reduce by Rs 3.75 a litre and petrol prices by Rs 5.75 per litre, it said.

"However, if this was to happen, the state will have to forego Rs 34,627 crore of tax revenue / 0.2 per cent of consolidated fiscal deficit of states," said Ecowrap.

On the other hand, if the Centre cuts the excise by Re 1, the loss of revenue will be to the tune of Rs 10,725 crore for every Re 1 cut in central excise and the amount will become twice if it cuts the excise duty by Rs 2.

This will push up the deficit of Centre, unlike states, it added.

The report predicted oil prices to slide in the coming months as there has been evidence that oil prices come down in the second half of the calendar year after picking up in the first year. However, oil prices might decline meaningfully only in 2019, once Saudi Arabia lists its oil company Aramco in 2019.

"To get a good deal they will want the tension and geopolitical hot spots to gain in intensity till the listing is over. This will balance the Saudi Budget and will stabilize the kingdom in political transition and ease resource pressure on the two front battle against the Wahhabis and Shias (Iran, and Yemen Houtis).

Also, Russia may not be able to increase its production as it access to finance is cut through sanctions. Finally, if material changes occur in the EU and Japan on demand side the oil prices will possibly decline in 2019," the report concluded.

Meanwhile, petrol price has been hiked by nearly Rs 4 a litre and diesel by over Rs 3 in Delhi since state-owned oil firms ended a 19-day pre-Karnataka poll hiatus to resume daily price revision on May 14. The fuel prices are at an all-time high.