Explained: Why Finance Minister carries a secret briefcase on budget day and what's inside it!

While most people are aware of the entire process, there is a certain mystery around the briefcase carried by the finance minister before entering into the parliament. Why does the FM carry a briefcase? What's inside it? 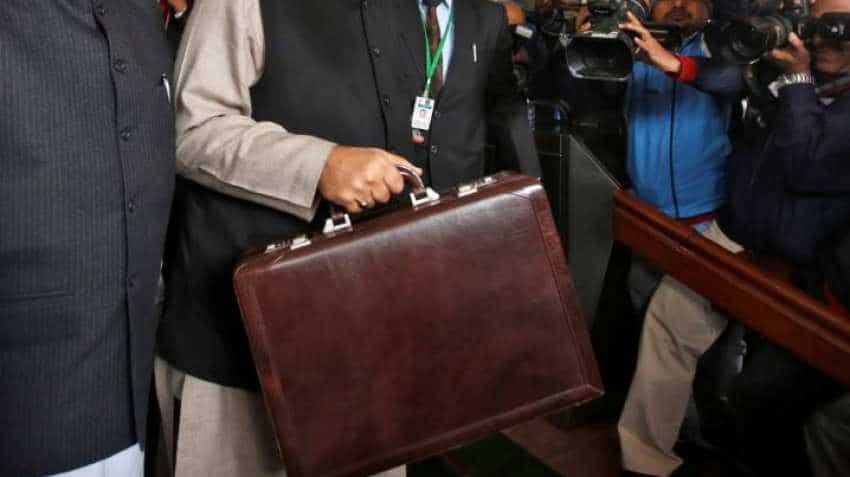 Though a budget briefcase is a small bag it carries a huge weight of a country's future or economic progress. A century-old tradition is successfully followed by the Indian government so far. Reuters

Budget 2019: Modi government is set to announce the budget tomorrow (February 1, 2019). While most people are aware of the entire process, there is certain mystery around the briefcase carried by the finance minister before before entering into the parliament. Why does the FM carry a briefcase? What's inside it? Well, the word Budget originated from the French word 'Bougette' which means a leather bag. This is why every Finance Minister poses with a leather bag before his or her speech in the parliament. The tradition is as old as 18th century. Britain's budget chief was first requested to 'open the budget' while presenting his annual speech. After that, in 1860, the British budget chief William E. Gladstone became popular for his long speeches and using a red colored suitcase with Queen's monogram carved in gold to carry his budget papers.

In India, FM's budget bag has been noticed in different colors and shapes every year. Though, it is a copy of Britain's quintessential red Gladstone box which has been used in every British budget after 1860. However, in the year 2010, England stopped using that red bag further.

Though a budget briefcase is a small bag it carries a huge weight of a country's future or economic progress. A century-old tradition is successfully followed by the Indian government.

In India, the tradition of posing a bag before the budget speech started when Independent India's first ever budget announced by the then Finance Minister RK Shanmukham Chetty on November 26, 1947. At the day of presenting a 1998-99 budget, Finance minister Yashwant Sinha carried a special black leather bag that had straps and buckles on it. While the former Prime Minister Manmohan Singh held a simple black bag during the most famous budget of 1991.


It was a surprise when President Pranab Mukherjee as the finance minister in UPA's rule came to parliament with a red colored box which looked like a copy of what was used in Britain.

However, the shape of the bag is the same over the years, even though the successive FMs have come up with different colored bags. The suitcase of FM Arun Jaitley on the last two budgets was similar to the one used by P Chidambaram.

The Indian Finance Ministers have consistently followed this colonial and traditional footprint, keeping the convention alive by carrying a briefcase on the budget day.