Why are companies flocking to 'unsecured' commercial papers?

"CP market is expected to grow and will remain an attractive source of funding for better rated corporate in the current environment of ample adequate systemic liquidity, sound inflows into key investor segments and structural inability of banks to sharply reduce their lending rates." 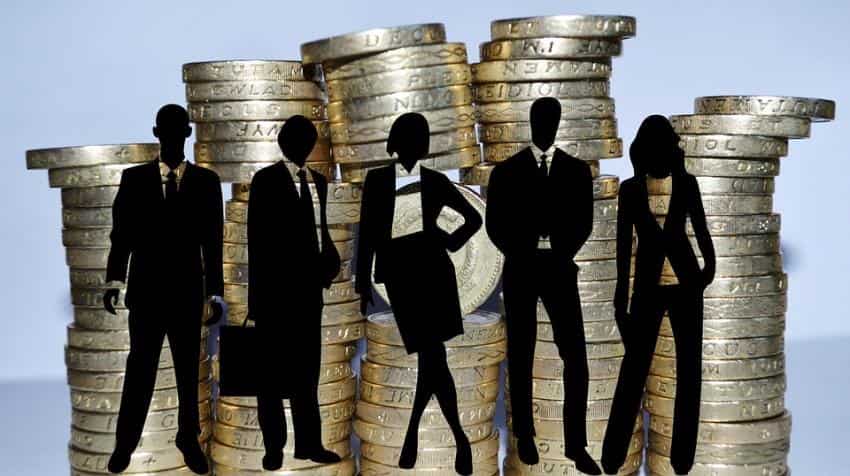 Companies have taken a strong liking to commercial papers with the market reaching an all-time high of Rs 5.29 lakh crore in the April-June quarter. Photo: Pixabay
Written By: Pooja Jaiswar
RELATED NEWS

Companies have taken a strong liking to commercial papers with the market reaching an all-time high of Rs 5.29 lakh crore in the April-June quarter, supported by strong inflows.

"Over the last few years with the debt market activities picking up amidst strong flows into the main investor segments i.e. the mutual funds, CPs have gained more importance than in the past," a report from ICRA Research Services, said.

The strong inflows were led by mutual funds and insurance companies,  with inflows from foreign investors too.

So why have commercial papers gained such popularity recently?

The ICRA report by Karthik Srinivasan and Saurabh Dhole, states "softer rates in the CP market when compared to the lending rates of banks," as one of the reasons.

Better rated entities can raise CPs at less than 7% presently which is 150-250 bps lower than the bank lending rates despite the transition to a MCLR system from the current fiscal, the report said.

The RBI is grappling with the banks unwilling to cut their rates despite a 150 bps cut in the key policy rates since early last year. A shift to the marginal cost of lending funds-related rates (MCLR) was supposed to link banks' interest rates to operational cost and to the cost of funds, thereby letting them transmit rates quickly, is yet to yield results.

There has also been an uptick in the risk appetite of fund managers, leading to strong inflows, in an attempt to improve net returns. The debt capital markets, led by mutual funds and insurance companies in addition to flows from foreign investors, have been able to react significantly faster to policy actions by the regulators, the report said.

Given the shorter tenure of these instruments, the CP outstanding increased to an all-time high of Rs 5.29 lakh crore. In the year ago period, the CP market saw a 25% rise year-on-year to Rs 3.38 lakh crore.

Led by a smaller base, the CP outstanding grew at a compounding annual growth rate (CAGR) of 35.5% over the last 3 years  versus 10.5% for bank credit and 15.0% for corporate bonds.

Considering the stress in the banking sector currently, investors are more open to the CP market, the report says.

"The challenges faced by (the) banking system on asset quality and capitalisation levels have meant that the transmission of policy actions has been slow from the banks. Consequently, most top-rated entities deepened their activities in debt capital markets to raise short-term funds by replacing a portion of their bank funding through CPs and long term bonds."

Considering banking sector credit to the large & medium companies and the services sector, as majority of CP issuers would be from these sectors, the CPs outstanding has rose to around 8.8% during this period against 7.3% as on June 2015, the report said, hinting at its rise in popularity in the recent times.

Sectoral make up of CP market

The 'Others category' -- involving all sectors except NBFC and Real estate -- has significantly grown in the past four quarters. Investment in CP papers from 'others category' has increased by 73% in June 2016, from 70% as on March 2016 and 68% as on June 2015.

Interestingly, the NBFCs' (non-banking financial companies) share, which accounted more than 35% of their total CP has come down to 26% in this quarter on absolute and proportional basis, the report said.

Some side effects of opting for commercial papers persist

ICRA explained, "While it is commercially attractive for companies to use CPs to reduce their borrowing costs, investors need to be cautious as these instruments are unsecured in nature and the rates have come off quite sharply over the last quarter driven by adequate liquidity in the markets."

ICRA says tha tthe investors' risk is largely mitigated as they generally invest only in entities at A1+.

During Q1 FY17, the spreads contracted 40-50 basis points but were still higher than the spreads seen in first half of FY16.

The CP market is slated to grow, going ahead.

"CP market is expected to grow and will remain an attractive source of funding for better rated corporate in the current environment of ample adequate systemic liquidity, sound inflows into key investor segments and structural inability of banks to sharply reduce their lending rates."