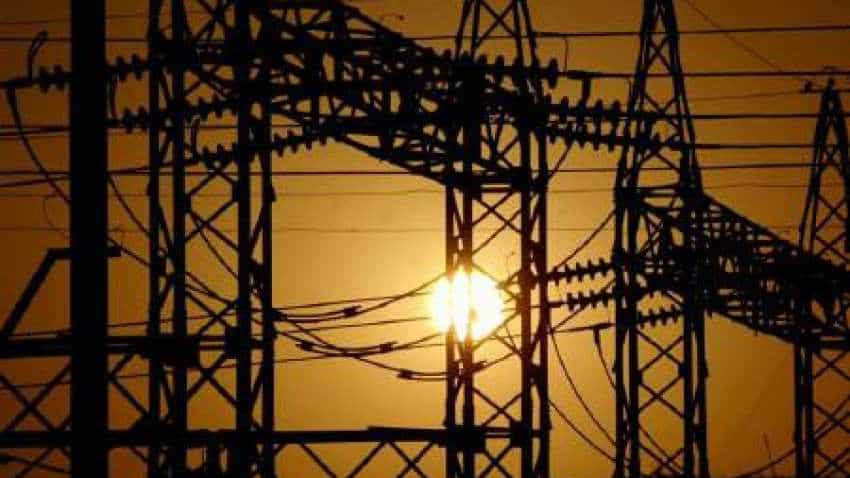 Adani Group will support the development of the digital and energy infrastructure in the state by investing over Rs 70, 000 crore, over a period of 20 years. Photo source: Reuters
Written By: ZeeBiz WebTeam
RELATED NEWS

In a bid to create one lakh direct and indirect jobs and boost the country’s technology infrastructure and vitalize the concept of green data centers, the Government of Andhra Pradesh (GoAP) signed a MoU with the Adani Group to build Data Center Parks up to 5 GW capacities in and around Visakhapatnam over the next 20 years. This ambitious project would be a first-of-its-kind 100 per cent renewable energy powered project in the world.

The GoAP along with the integrated infrastructure conglomerate Adani Group will develop the hyper-scale data center market in the state, positioning AP as the east coast data center hub for India and South East Asia. It will also be integrated with a cable landing station that will take advantage of the state’s long coastline to help provide the needed global connectivity and redundancy that the country needs to manage its exponential growth of data.

In line with the State Government’s visionary, IT policy and focus on promoting data centers, cloud infrastructure, and allied technology industries as well as renewable energy, the Adani Group will support the development of the digital and energy infrastructure in the state by investing over Rs 70, 000 crore, over a period of 20 years, which in turn is expected to create in excess of 100,000 direct and indirect jobs across the state.

The parks shall be developed across three different campuses, with each campus offering complementing value and together providing required redundancy and reliability to Data Center operators. The Data Center parks will be powered with 100 per cent Renewable Energy that will be generated within the State of Andhra Pradesh thereby accelerating the renewable target goals put forward by the state.

Speaking on the occasion Hon’ble Chief Minister of Andhra Pradesh, Nara Chandrababu Naidu said, “The State of Andhra Pradesh continues to raise the bar and set benchmarks as it strives tirelessly to become one of the top digital destinations in the world. From agriculture to financial markets to smart cities to healthcare, digitization is the future and will soon be a critical component of everything that we do. Efficient and eco-friendly Data Centers are the key to enabling this futuristic digital ecosystem. We are very pleased to see that the Adani Group believes in the vision of Andhra Pradesh as one of the most progressive states in India and hence, has decided to partner with the GoAP on this exciting journey.”

The Minister of Informational & Technology, Andhra Pradesh, Nara Lokesh also said, “All the next generation technologies like artificial intelligence, machine learning, analytics, big data, image processing are changing the world around us and driving innovation in every single activity we do. Complementing the mobile revolution that we are witnessing, India needs data storage, data processing and data networking. This is precisely why the partnership between the GoAP and Adani Group is critical to lay the foundation of a digital revolution that every citizen and every business can benefit from.”

Gautam Adani, Chairman Adani Group said, “It is a very proud moment for us to collaborate with GoAP to develop the world’s first green data center parks. Data centers are fundamental building blocks for enabling every aspect of the critical technology infrastructure that India needs to further accelerate its growth. In addition, the Adani group’s ability to provide 100 per cent renewable power and its experience in energy management is a critical aspect towards lowering the carbon footprint for an industry that is now the world’s largest and growing power consuming industry”.

This network of parks will be flexibly designed to adapt to emerging technology trends in the Data Center industry and will be scaled modularly to meet the customer demands. It will offer a unique energy supply value proposition to its customers. In addition, the data center parks will be transformational in enabling an entire ecosystem system of hardware suppliers, software application providers, start-up companies, and telecom ecosystem players thereby catalyzing innovation and creating the multiplier effect leading to tens of thousands of new jobs and generating increased tax collections.