It goes without saying that there is huge wave of anticipation and excitement running for Baahubali fame Prabhas starrer Saaho. 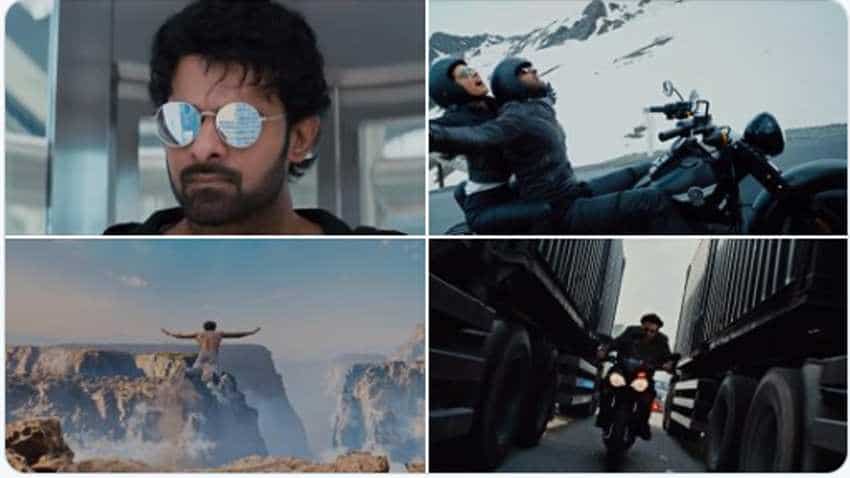 Saaho is set to be released in three languages - Hindi, Telugu and Tamil.
Written By: Prashant Singh
Edited By: Harish Dugh
RELATED NEWS

It goes without saying that there is huge wave of anticipation and excitement running for Baahubali fame Prabhas starrer Saaho. And, now it seems Saaho will set new records at box office as this Prabhas movie has already earned Rs 333 crores. More interestingly, this has happened even before the release. According to a report in Xappie, Saaho has already garnered Rs 333 crores worldwide in terms of pre-release business.

Saaho is getting all attention as it is Telugu superstar Prabhas' first release since his blockbuster Baahubali series, which shattered almost all the records at box office worldwide.

Moreover, Telugu superstar Prabhas' multilingual comeback film Saaho is all set to release in IMAX format, besides the regular 2d format. The IMAX version of Saaho will open not only in India, but all across the globe. The film will be digitally re-mastered in the immersive IMAX format for all markets.

"We are thrilled to partner with UV-Creations and T-Series on the release of Saaho, a pulse-pounding, non-stop action epic that deserves to be experienced in IMAX," Megan Colligan, President of IMAX Entertainment and Executive Vice President, IMAX Corp said.

Saaho is set to be released in three languages - Hindi, Telugu and Tamil.

The film is directed by Sujeeth, and co-stars Shraddha Kapoor, Neil Nitin Mukesh and Jackie Shroff in key roles. The film is scheduled to open on August 30.