Who will win in Bengal in 2021? This is one of the biggest questions trending right now amid high-decibel electoral campaigns by BJP, Trinamool Congress and other contenders. 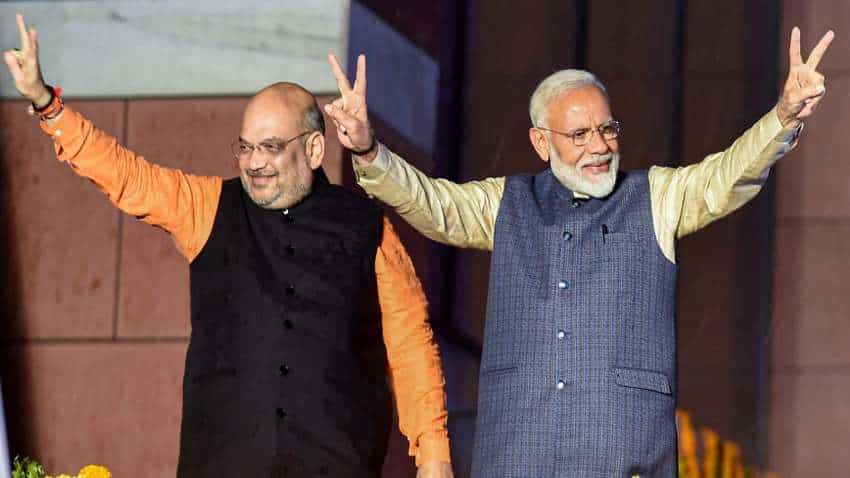 Who will win in Bengal in 2021? This is one of the biggest questions trending right now amid high-decibel electoral campaigns by BJP, Trinamool Congress and other contenders.

Union Home Minister and senior BJP leader Amit Shah has said that the saffron party will register a thumping win for his party in West Bengal.

Amit Shah asserted that people in Bengal are yearning for a change from the Trinamool Congress' "misrule" and will embrace Prime Minister Narendra Modi's vision for the state's development, as per report by TPI.

"We will win more than 200 seats in Bengal," Amit Shah said.

- Asked about the ground for his confidence about the BJP's big victory in the elections to 294-member West Bengal assembly, Shah said the party has only strengthened its position since the 2019 Lok Sabha polls while the TMC's support base has eroded with a large number of its leaders quitting the organisation. Most of them have joined the BJP, the PTI report added.

- "We won 18 Lok Sabha seats out of the total 42 in 2019 and lost three by small margins. That too when people had doubts about our victory. Now they have confidence that we can win. People are yearning for a change and are with us," he said.

- Chief Minister and Trinamool Congress supremo Mamata Banerjee may not want to see Modi and it is her choice, but people of West Bengal have been displaying their affection for him by coming out in huge numbers to see him, he said, referring to large turnouts in the prime minister's rallies.