Who is Anurag Kejriwal; why is he named in Panama Papers?

The former leader of the Delhi Loksatta Party has been named in the leaked Panama Papers which holds information about tax evasions and offshore companies of the leading industrialists, politicians, high net worth individuals, and so on. 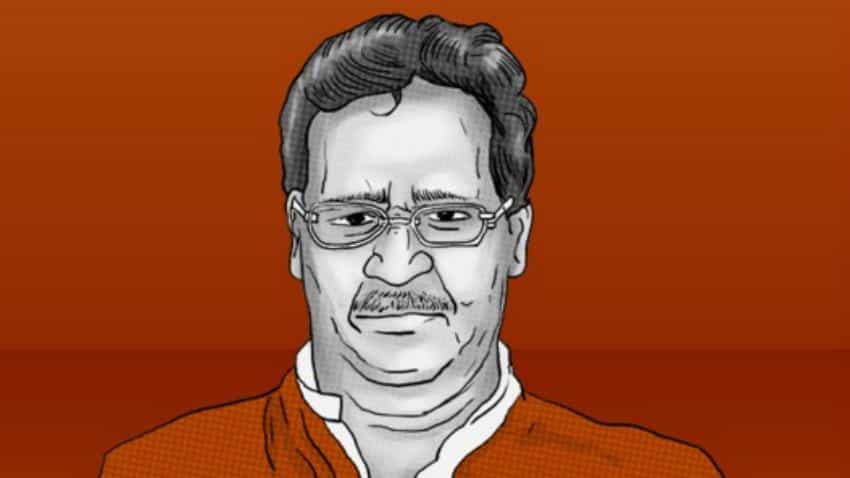 Global markets have shot up, but we may see 5-10 pct correction in India, Nirmal Bang's Rahul Arora says

Anurag Kejriwal, the erstwhile leader of the Delhi Loksatta Party has been named among 500 other Indians in the 1.15 crore leaked documents of the law firm Mossack Fonseca, called the Panama Papers. The Panama Papers has revealed details about 214,000 offshore companies set up by the who's who of the world, including top politicians and their aides, industrialists, celebrities and high profile individuals.

Kejriwal was ousted from the Loksatta Party in 2014 after a string operation caught him bragging on the record about his ability to influence party leaders for those working with vested interests. Kejriwal was also caught bragging about putting up dummy candidates to undercut other parties' representation in the elections.

According to The Panama Papers website, Kejriwal and his wife, Uttara Kejriwal set up their first company in the British Virgin Islands in 2007. Later in 2008 and 2010, the couple restructured their assets and set up two foundations in Panama – The Nedstar Foundation and The Prurak Foundation.

Through the Nedstar Foundation, they owned Nedstar Commercial Ltd. and Newington Group Trading Ltd. Both the companies are based in the British Virgin Islands.

According to the documents on the Panama Papers website, Kejriwal and his wife held the Power of Attorney for Biscay Overseas, and were the directors at Newington Group Trading, which dealt with iron ore trading, which means they were authorised to represent the offshore company.

They later signed a financing agreement with the bank BNP Paribas (Suisse) SA for Nedstar Commercial.

According to the leaked documents, Mossack Fonseca had received documents related to legal proceedings against Kejriwal's companies in 2011, 2012 and 2013.

The Nedstar Foundation and Nedstar Commercial were inactivated in 2011, Biscay in 2012, and both Krims and Pruak in 2013. Newington was struck off in October 2012, the Panama Papers website says.

In response to his name in the leaked documents, Kejriwal said that the companies in Panama and the British Virgin Islands were set up because his business partners “had agreed to finance or support the exports of iron ore" from India.

He further said that soon after realising that having offshore companies could be a problem, difficulty in getting bank credit, and that he'd be entitled to declare his earnings from those companies to the Indian government, Kejriwal moved to shut his offshore companies in 2010. HE says that the aforementioned two foundations were closed shortly after they were set up.

Global markets have shot up, but we may see 5-10 pct correction in India, Nirmal Bang's Rahul Arora says