Who is Ajay Bhushan Pandey, the man appointed as new Revenue Secretary after Hasmukh Adhia retired

Ajay Bhushan Pandey is the  UIDAI CEO  who has been appointed as the Revenue Secretary in the Finance Ministry after Hasmukh Adhia retired on Friday. 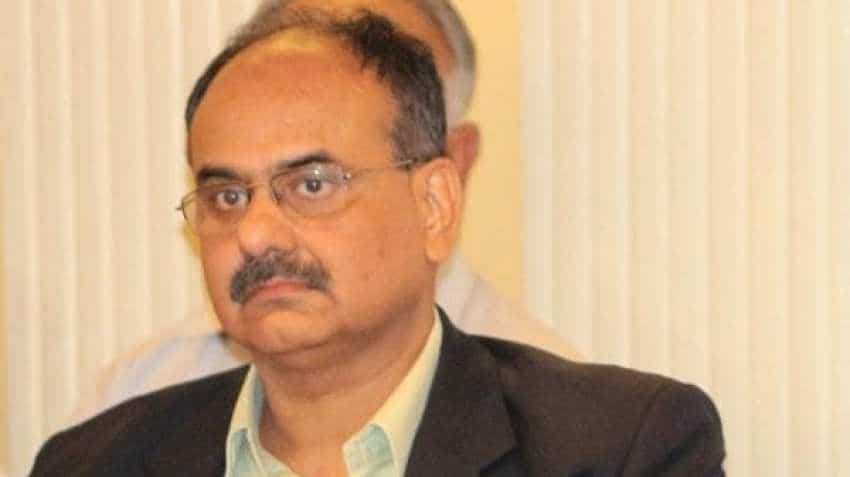 He said while a lot of things had been done to simplify the GST regime, more would be on the cards in near future. Image Source: IANS
Written By: IANS
RELATED NEWS

Ajay Bhushan Pandey is the  UIDAI CEO  who has been appointed as the Revenue Secretary in the Finance Ministry after Hasmukh Adhia retired on Friday.

Pandey said his priority as the Revenue Secretary would be to increase tax compliance, stabilise the implementation of GST, bring transparency and simplification of laws and procedures for better tax administration and ease of business.

"My priority at this point of time would be to help improve the tax-to-GDP ratio in the country by integration of technology into the entire taxation system, and also making the procedures, rules and regulations simpler so that people have a natural incentive to comply to the entire taxation regime," he told reporters here.

He said while a lot of things had been done to simplify the GST regime, more would be on the cards in near future.

"For example, from the three return system, we will be moving towards a single return system within a few months. Similarly, when it comes to returns and other procedures, they will also be completely streamlined. Our aim would be to make the system as simple and as convenient as possible, through use of technology," Pandey said.

Pandey, a 1984-batch IAS officer of Maharashtra cadre with over 34 years of experience in state and Central governments, was welcomed to his new office by the outgoing Finance and Revenue Secretary Hasmukh Adhia.

Pandey would continue to head the Unique Identification authority of India (UIDAI) as its CEO, where he had a remarkable stint of over eight years playing a key role in establishing and steering Aadhaar across the country and drafting the historic Aadhaar legislation.

He would also hold his position as the Chairman of Goods and Services Tax Network (GSTN), the IT arm of the new indirect tax system.

Prior to joining UIDAI in 2010, he played an important role in reforming power distribution system as Managing Director of Maharashtra State Electricity Distribution Company where he brought down transmission and distribution losses remarkably and helped the state in tiding over massive power shortage, the government said in a statement.

90.7% of units of low-end phones shipped in India year-to-date through third quarter pic.twitter.com/LDQVv4k9gk

An Electrical Engineering graduate from IIT-Kanpur, he joined the University of Minnesota in 1998 to obtain his MS and PhD in Computer Science and was later awarded Distinguished Leadership Award for Internationals by the university.