Who gets best sleep at night? Indians do, says survey

When it comes to quality sleep, India has astonishingly come on top among the most restful populations where people get the best good night`s sleep. 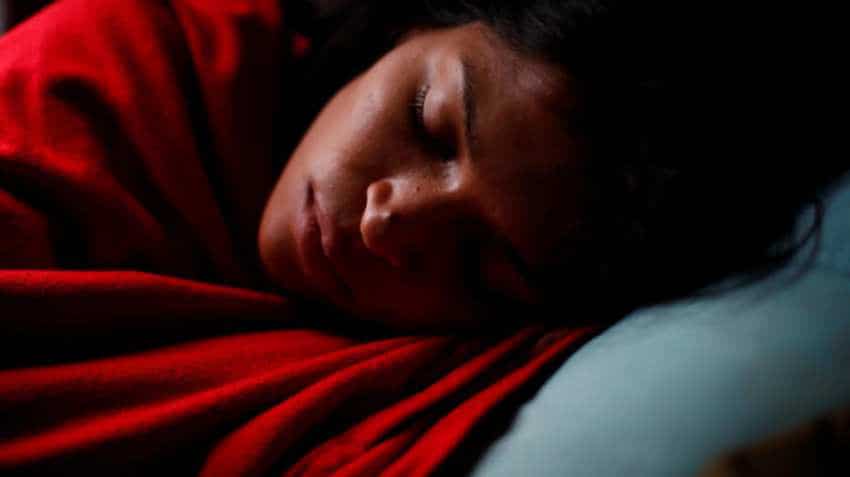 When it comes to quality sleep, India has astonishingly come on top among the most restful populations where people get the best good night`s sleep. Photo: Reuters
Reported By: IANS
RELATED NEWS

When it comes to quality sleep, India has astonishingly come on top -- followed by Saudi Arabia and China -- among the most restful populations where people get the best good night`s sleep. The survey, conducted online by global market research firm KJT Group on behalf of Philips among 11,006 adults ages 18 and older in 12 countries, found that roughly 62 per cent of adults worldwide feel that they don`t sleep well when they go to bed.

The worst on the chart is South Korea, followed by Japan for poor sleep habits. On average, adults globally sleep only 6.8 hours per night during the week and 7.8 hours per weekend night. Rather than getting the recommended eight hours each night, more than six in 10 adults sleep longer hours on the weekend to catch up on sleep (63 per cent), the findings showed.

Lifestyle factors are crucial determinants when it comes to an individual`s sleep. The top five reasons around the world were worry/stress (54 per cent), the sleep environment (40 per cent), work or school schedule (37 per cent), entertainment (36 per cent) and a health condition (32 per cent).

Sleep is finally being recognized as a key contributor to an individual`s overall health and wellbeing. Losing just one or two hours of sleep per night can have the same impact on motor and cognitive functions as going without sleep for a full day or two. "However, adults across the globe deal with various health and lifestyle factors that can stand in the way of them getting the best night`s sleep," said the survey. Among those who live with a spouse or partner, 35 per cent of women either only occasionally, frequently or never sleep in the same bed as their partner who snores.

Six in 10 global adults experience daytime sleepiness at least twice per week. Nearly 67 per cent of global adults reported they typically wake up at least once during the night. Adults in India (36 per cent) and the US (30 per cent) were the most likely to sleep with a pet in their bed, said the survey.

Sleep quality, patterns, and duration may vary among countries, but one thing`s clear - people still aren`t getting enough sleep, it noted.