Who advertises the most on TV in India? Not Dettol, Amazon, Netflix! Unbelievably, No. 1 is BJP!

The latest BARC data revealed that the Bharatiya Janata Party (BJP) has emerged as the top-most advertiser brand in India. 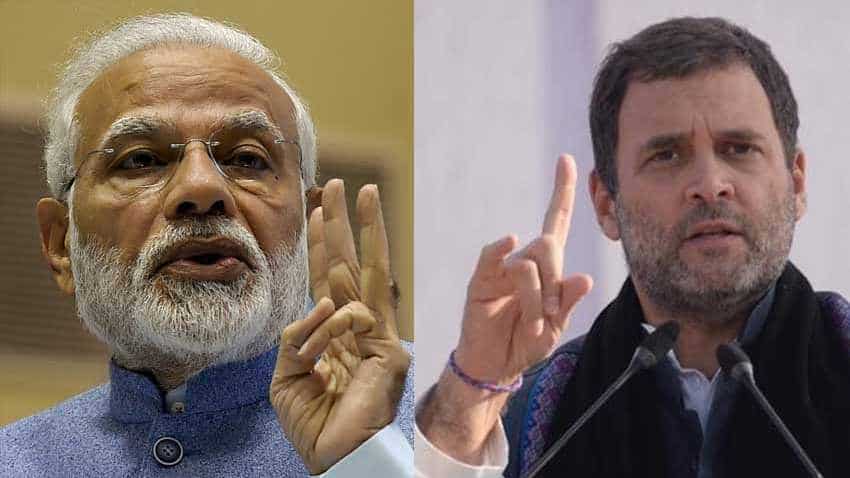 On the other hand, the main opposition party Congress led by Rahul Gandhi, is nowhere in the list.
Written By: ZeeBiz WebTeam
RELATED NEWS

Well, you just won't believe who has become the No. 1 advertiser in India! The country has over 830 million individual TV owners and there is an abundance of companies advertising their products on it. Yes, they are very rich companies, indeed. But, beating them all is none other than BJP, the party PM Narendra Modi belongs to! Broadcast Audience Research Council (BARC), which tracks the TV audiences and provides a suite of Insight products designed for Broadcasters, Advertisers and Agencies, has revealed a surprising entry into the top 10 advertisers for the week ended November 16.

On the other hand, the main opposition party Congress led by Rahul Gandhi, is nowhere in the list. The BJP has upped the ante against Congress and other parties with advertisements across multiple states. Five states - Madhya Pradesh, Rajasthan, Chhattisgarh, Telangana and Mizoram are under the poll process and it's evident from the development that the BJP is not willing to take any chances. 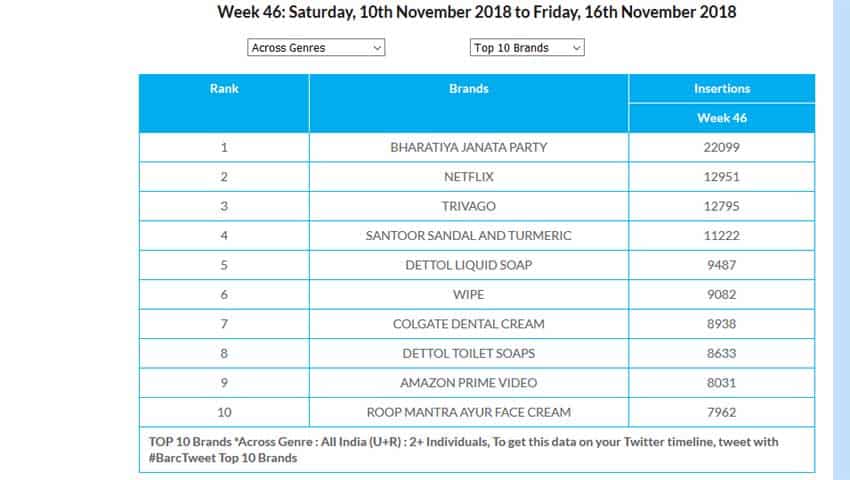 The elections are being seen as the semi-final match for the BJP ahead of 2019 Lok Sabha polls.

Though it's yet not clear how much money the saffron party has put into the advertising campaign in these five states, it's clear that party's ad expenses will surely rise to a new high in the next general elections. The party has already started collecting donations with PM Modi himself leading from the front. It has also enabled users of the Narendra Modi app to make donations through the app itself.

Your small donation can make a big difference in our mission and vision of building 'Ek Bharat, Shreshtha Bharat'. Please contribute and strengthen BJP through micro-donations. Donate at https://t.co/DQAGXy7EuK Download the App at https://t.co/3NFAS1t7BC. pic.twitter.com/9qIdjWf9e9

Under Prime Minister Narendra Modi, the BJP government had also been spending aggressively on the advertisements and publicity. According to some reports citing RTI reply, the government has spent over Rs 4,340 crore in the last four years.