Depression in Karur Vysya was due to deterioration in its asset quality during December 2018 (Q3FY19) quarter. In this period, Karur Vysya’s net profit came in at Rs 21.20 crore, down by a whopping 70% on yearly basis. 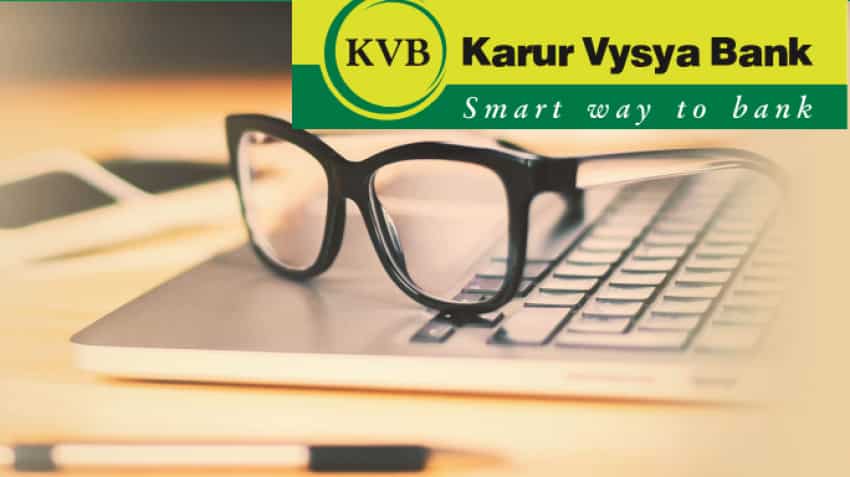 Beating in Karur Vysya was due to deterioration in its asset quality during December 2018 (Q3FY19) quarter. Photo: Karur Vysya Bank official website

Every investor was very happy with Yes Bank shares, hence they went on buying some more, until the bank gave a massive 32% return in 1 day to investors. Interestingly, while Yes Bank saw glorious day, it was a nightmare for another bank. There was bloodbath in Karur Vysya Bank, as investors did profit booking, taking the shares down by 20% after it clocked an all-time low of Rs 63.40 per piece on Sensex. However, the share price of Karur Vysya Bank finished at Rs 67.15 per piece down by Rs 12.10 or 15.27%. Beating in  Karur Vysya was due to deterioration in its asset quality during December 2018 (Q3FY19) quarter. In this period, Karur Vysya’s net profit came in at Rs 21.20 crore, down by a whopping 70% on yearly basis, on the other hand, net interest income (NII) surged gradually by 3.4% to Rs 580.83 crore. However,  the bank’s gross NPA increased to 8.49% in Q3FY19, from 5.94% in the corresponding period of previous year.

Analysts at JM Financial earlier said, “Baring City Union Bank, KVB inherently has a better NIM (%) and Other Income to assets ratio than the other southern based bank (Federal/South Indian/Karnataka/Lakshmi Vilas) that is on account of a better loan book mix with high commercial (SME) and retail & agriculture contribution which will enable it to earn higher return ratios than the others once its credit costs normalize.”

They added, “Reasons to be sanguine on KVB now is a new CEO at helm (completing over a year in office now), taking charge from a large MNC with a brilliant track record in retail banking, focus back to serve SME/Individuals which has always been its core strength, digitization of its product suite to ensure it remains competitive and relevant in the current data age and last but not the least with asset quality pain over, credit costs is expected to normalize leading to a bounce back in ROAs from 0.5% in FY17/18 to an estimated 1.2% in FY21E. We initiate coverage on Karur Vysya Bank and assign a BUY rating with a Target Price of INR 120, valuing it at 1.2x FY21E BV.”

On the other hand, in Bloomberg Quint, Kotak Institutional Equities have given a 'Add' with a target of Rs 85. It added, "The management chose to increase its guidance for slippages despite low SMA 1 and 2 accounts. There are no near-term positive triggers barring an inexpensive valuation. Shown consistent disappointment on asset quality, RoE or growth metrics in recent years."

Meanwhile, Investec Securities reportedly maintained a Buy rating with a target price of Rs 79. The agency stated that, Small and medium enterprises stress is cropping up significantly. Can grow their book without any need to raise capital for the next 5 quarters.