Last month, IT and pharma sector fared better while banking stocks witnessed significant corrections. However, auto stocks continued to be the drag of benchmark indices. 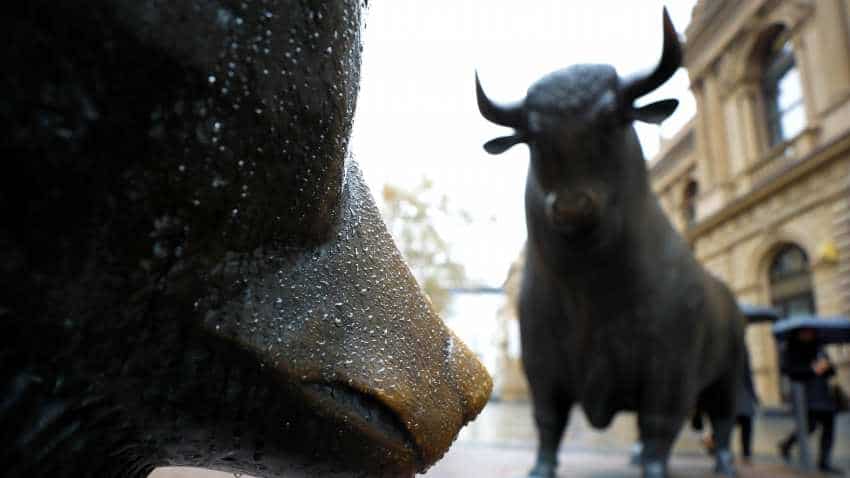 A Reliance Securities' research note has come up with a list of 15 stocks from various sectors, which can be worth adding to your portfolio this month. Photo: Reuters
Written By: ZeeBiz WebTeam
Edited By: Rajeev Kumar
RELATED NEWS

How to become rich in India on stock markets: Think beyond large caps, these 12 midcaps are seen skyrocketting

August 2019 has kicked off on a positive note with Sensex ending at 37,118.22 up by 99.90 points or 0.27% on Friday. Even, Nifty50 finished at 10,997.35, above 17.35 points or 0.16%. At present, the earning seasons are playing a major role in the movement of stocks from various sectors. Last month, IT and pharma sector fared better while banking stocks witnessed significant corrections. However, auto stocks continued to be the drag of benchmark indices. A Reliance Securities' research note has come up with a list of 15 stocks from various sectors, which can be worth adding to your portfolio this month.

Naveen Kulkarni, Head of Research along with D. Vijiya Rao, Research Analysts at Reliance Securities said in the note, “R Model Portfolio outperformed the benchmark NIFTY 50 marginally by 10bps in Jul’19, which is considered to be one of the worst months for the Indian equity markets in the recent history, as most key sectors corrected with consumer discretionary being the most impacted sector. Only IT and Healthcare (both overweight positions in R Model Portfolio) delivered positive returns during the month. Thus, portfolios with lower weightage like IT or Pharmaceuticals would have seen significant underperformance, which clearly indicate the benefits of diversification.”

The note suggests the following stocks:

A successful fund-raising of Rs5.1bn through QIP @ Rs696 offers comfort to JKCE’s balance-sheet. QIP proceed will prevent from further leveraging and thereby will aid the Company to save in incremental interest cost. Further, likely improvement in its grey cement business performance owing to new kiln at Mangrol, which will result in improvement in its grey cement performance and hence may entail further re-rating of the stock. JKCE currently trades at 9.6x and 8.1x EBITDA of FY20E and FY21E, respectively, which is attractive.

Titan Company is the biggest beneficiary of the formalisation theme with its jewellery division gaining market share from the unorganised players. It is likely to continue its robust earnings growth led by aggressive store expansion strategy and market share gain.

Titan remains one of the fastest-growing companies in the consumer space with multiple growth levers and sectoral tailwinds.

Analysts at Reliance Securities in their note said, “We expect growth momentum to improve in non-cigarette businesses on the back of trade stabilisation post GST roll-out, good monsoons and recovery in consumer demand. ITC is likely to report net sales of Rs 514bn/Rs560.1bn and PAT of Rs137bn/Rs152bn in FY20E/FY21E.”

While KEC’s order book has hit an all-time high of Rs203bn (1.8x of FY19 revenue), it is favourably placed (L1) in orders worth Rs18bn. Looking ahead, expect KEC’s earnings to clock 16% CAGR over FY19-21E on the back of strong order book, improving margin profile and healthy outlook in T&D and other emerging segments.

Expect NTPC’s business to improve backed by higher capacity commercialisation, better fuel availability and likely improvement in demand owing to UDAY scheme. Also, expect NTPC to add commercial capacity of 5GW each in FY19E/FY20E, which would lead to a significant jump in regulated equity from current level of Rs509bn.

Expect L&T to report strong order inflow in next couple of years led by multiple high value orders including several big-ticket projects i.e. Bharatmala Pariyojana, SagarMala, bullet train and Metro rail projects. Analysts in their note said, “We are positive on L&T led by strong execution in core E&C business with robust order inflow momentum led by strong performance of key segments i.e. Infrastructure and Hydrocarbon. We expect its revenue and earnings to clock 15% and 18% CAGR, respectively over FY18-21E. At CMP, the stock trades at 18.8x FY20E and 16.0x FY21E earnings.”

Sun Pharma (SUNP IN) has been investing significantly for building US specialty franchise. Further, on the back of successful US FDA clearance for Halol facility, best-in-class franchise, strong track record of transforming acquired assets, we see multiple growth drivers for SUNP. Expect SUNP’s overall sales/earnings to clock 11%/27% CAGR over FY19-21E, while EBITDA margin is expected to expand by 334bps to 24.4% driven by healthy growth in India business, strong outlook for ex-Taro US business led by launch of specialty products, and positive operating leverage.

Reliance Securities analysts in their note said, “We remain positive on the medium to long-term growth prospects of Alkem on the back of stable revenue growth from high-margin domestic business. We expect Alkem’s revenue and PAT to clock 9.3% and 18.4% CAGR, respectively over FY19-21E owing to low YoY base in FY18, while EBITDA margin is expected to expand by 208bps to 17.2% led by growth in India business and higher contribution from cash-flow sticky chronic segment. "

With successful transformation of Elder Pharma’s brands in India – which clocked 20% CAGR in past 3 years, we expect similar transformation of Unichem acquisition (strategic fit; strengthen chronic segment). TRP would be able to improve the profitability of Unichem’s product portfolio through its strong field force and operating synergies. Its domestic business has major contribution from chronic segment (75% of sales) with leading sales-force productivity.

Hindustan Unilever (HUVR) reported decent operating performance in Q1FY20 led by 150bps margin expansion and 5% volume growth, which was in line with the consensus estimate. While the growth has slowed down, competitive activity has also reduced which benefits HUVR disproportionately owing to its scale and size.

IT budget growth and strong digital growth, with Infosys-specific factors including good pipeline and return of cash to shareholders are positives. Expect Infosys to report >10% revenue growth in FY20E, above management guidance.

The note said, “We like Sonata’s differentiated business, IP-led focus across key focus verticals (Travel, Retail & Distribution), quality balance sheet, high RoE and dividend yield, apart from no equity dilution for over the past 17 years.” Sonata’s IP and platform focus are expected to be the key near-term differentiating factors to scale-up existing client engagements and win new logos. The company’s Top-2 accounts are likely to continue to drive revenue growth and will remain as anchor clients. "

UTCEM has registered an impressive performance in 4QFY19 with EBITDA/tonne at Rs1039 mainly supported by cost reduction measures by the Company. Given a sharp realisation recovery across the regions and benign cost scenario, we expect UTCEM to surprise with stronger operating performance in current quarter. A strong recovery in its operating performance after a long time and consistent approach to trim down cost further along with focus on improvement in RoCE augur well for UTCEM.

Expect UTCEM to generate Rs113 billion of FCF in next two years (without factoring in Century Acquisition). At CMP, the stock trades at 14.4x and 12.9x EBITDA of FY20E and FY21E, respectively.

How to become rich in India on stock markets: Think beyond large caps, these 12 midcaps are seen skyrocketting