Where is Crude Oil headed? Know what experts reveal and which stock to buy

The domestic market is bound to see a hike in the prices of bio fuel and edible oil. 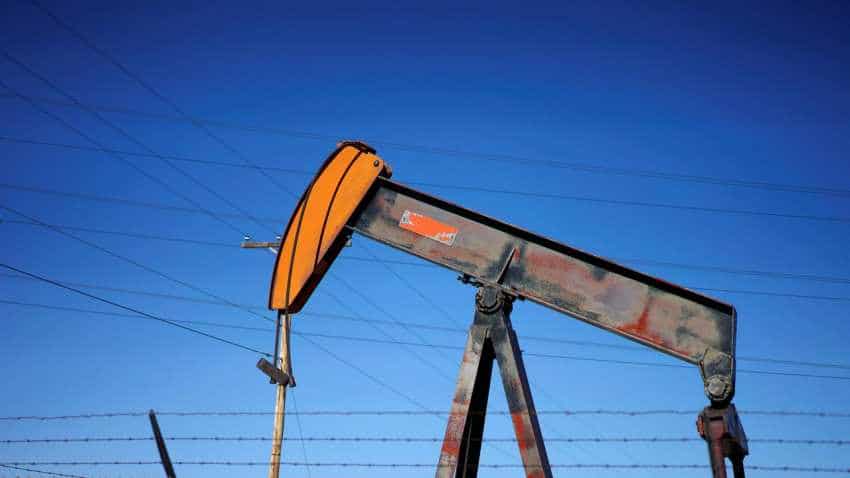 India imports about 80% of its oil with a high bill for the same. Photo: Reuters
Written By: ZeeBiz WebTeam
RELATED NEWS

Post the decision taken by US on Iran oil, there is a rise in the global crude prices which will weigh on the Indian market. The global benchmark for the crude oil prices has reached a four month high of  $74.67 per barrel, almost 0.85% rise, on Monday. India imports about 80% of its oil with a high bill for the same, which can cause an alarm to the current account deficit. Apart from fuel oil, India is also one of the top consumers of edible oil such as soybean and palm oil and hikes may be imminent.

Commenting on the issue, Amit Gupta, Co-Founder & CEO, Trading Bells, said, "The international oil benchmark, Brent crude, surged on Monday to its highest level since late October 2018 after the United States President, Donald Trump, announced the decision to end waivers that allowed some countries to import crude oil. But upside may be capped at higher levels as Saudi Arabia & Iraq prepare to reverse oil production cuts whereas Donald Trump himself is not in favor of rising crude oil prices."

"Problems in Venezuela and Libya are also a key factor for elevated crude prices which will remain a grey area. Technically, 75  is a key resistance for Brent Crude where we could see some selling pressure and it could remain in the 70-75 zone in coming days as the downside is also limited." he further added.

On the other hand, Tarun Lakhotia and Hemang Khanna analysts at Kotak Institutional Equities said, "We expect global oil markets to tighten further in the near term due to (1) full curtailment of Iran’s oil exports, post the US government’s decision to put an end to sanction waivers granted to eight importing countries, once the exemptions period expires on May 2 and (2) the possibility of disruptions in crude supplies from Libya given its escalating unrest."

The duo added, "We expect global crude production spare capacity to fall to ~2 mn b/d during CY2019 based on IEA’s forecast of growth in underlying global oil demand and supplies, with incremental assumptions of (1) ~1.5 mn b/d increase in OPEC+ production from May 2019 to mitigate the loss of Iran exports, (2) strong growth of 1.4 mn b/d in US’s crude production despite the falling rig count and logistical challenges in the Permian basin and (3) no further loss of supplies from Venezuela and Libya, which cannot be ruled out under the current circumstances."

Kotak's analysts also said, "We reiterate our positive stance on GAIL and ONGC, both being beneficiaries of elevated crude prices and can act as good hedge against any spike in crude; we note that ONGC stock is pessimistically discounting net crude realization around US$45/bbl. We believe it is safer to avoid downstream PSUs (BPCL, HPCL and IOCL) in the near term, as current valuations ignore potential risks from (1) any spike in crude that may put pressure on refining as well as marketing margins and (2) our bleak refining outlook.