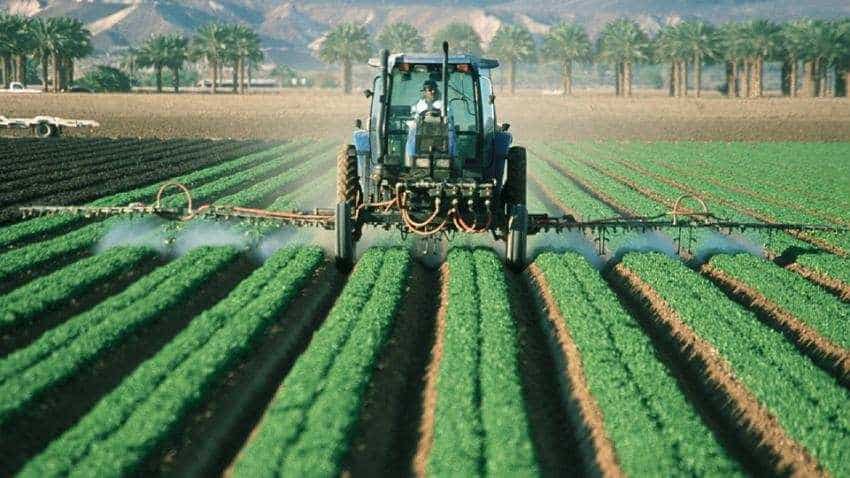 The Reserve Bank of India (RBI) who is an inflation trajectory central bank feared that government’s decision to hike MSP prices for farmers, as according to the six-member Monetary Policy Committee (MPC) that would impact Consumer Price Index (CPI). It was only a matter of time, and the Prime Minister Narendra Modi government has made its decision to hike the minimum support price (MSP) of 14 Kharif (summer sown) crops for the 2018-19 marketing season, as it was promised in Union Budget 2018-19 (to fix MSP at 1.5 times of the cost of production). This comes as a welcome step to address farmer’s distress in India.

It needs to be noted that, out of 14 crops, seven crops witnessed hike of more that 20% compared to last year.

The moment after when government’s decision came out this week, a flood of research reports started coming in estimating the recent development’s  impact on inflation and fiscal deficit.

Many estimated that inflation will be impacted between 50-100 bps on CPI, while fiscal impact would be in the range of 0.2% to 0.4% of GDP.

However largest lender State Bank of India (SBI) believe, such estimated inflation impact could just be a statistical artefact and will only transpire if there is procurement by Government. In fact, historical trends show that market prices actually declines post MSP announcement.

Analyzing the MSP hike for the past decade, Dr. Soumya Kanti Ghosh, Group Chief Economic Adviser at SBI said, “we find similar increase happened in FY09 and FY13 also. In particular in FY09, the increase was maximum across most of the crops.”

Regarding the impact on inflation, it is a fact that inflation will increase post MSP increase with a time lag of 3-6 months. During FY09 and FY13, when the increase in MSP was significant, the impact on WPI inflation on cereals and pulses was quite visible. 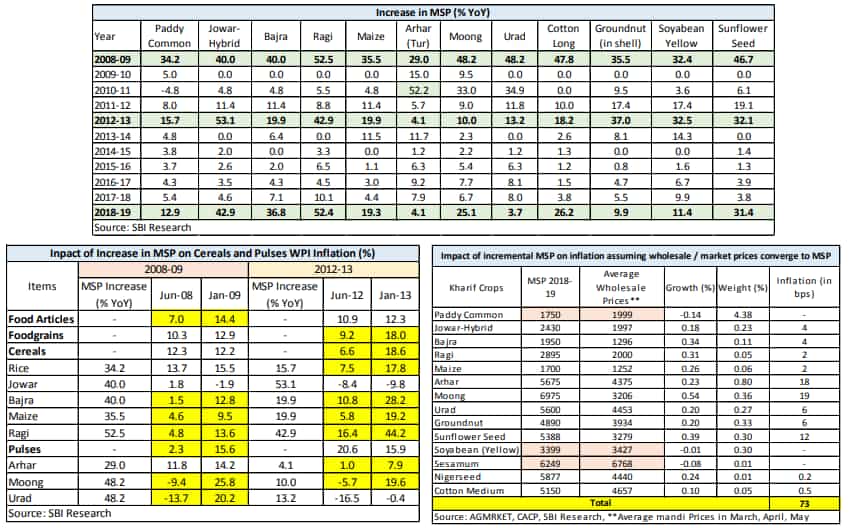 Except few cereals and pulses, a jump in WPI inflation was apparent post six month after MSP announcement.

Ghosh says, “Our estimate suggest that, post announcement of MSP with 150% hike in cost of production, the CPI inflation could increase by 73 bps and this could materialize in one or two quarter subject to procurement by the Government/State Government.”

“With procurement, the impact on inflation would be 73 bps whereas without procurement the impact could be much lower. It is well known that when the public agency starts procuring the crops at MSP, it ensures a convergence between market prices and MSP and thereby impacting inflation,” adds Ghosh.