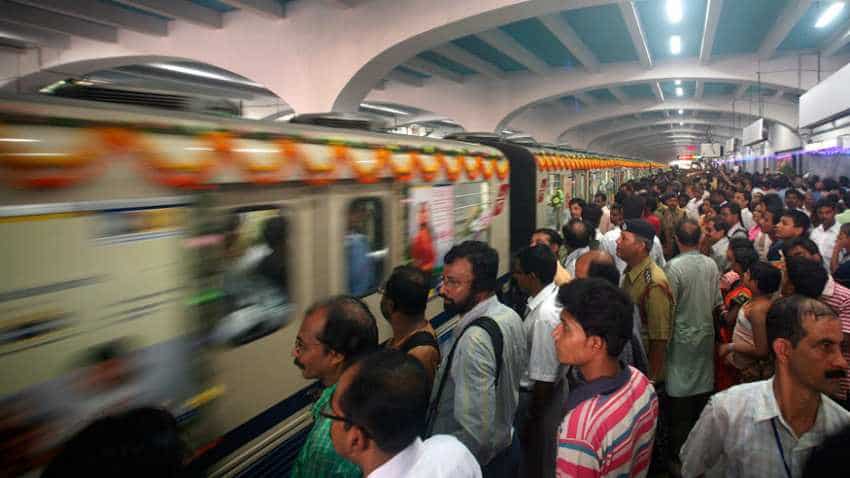 Metro services in Kolkata came to a standstill on Monday evening, leaving several passengers stranded. The services were disrupted for over an hour during peak hours in the evening. The services were affected between Kolkata Central and the metro network's northern section at 6:11 pm, according to an official. Thereafter a south-bound train was stranded at Belgachia metro station due to power tripping. Meanwhile, the segment between Kolkata Central and the metro's southern section were put to a halt from 6:30 pm onward.

An official stated that the metro service came to a standstill between 6:30 pm to 7:32 pm. Indrani Banerjee, public relations officer of Kolkata Metro, said that the authorities could manage to turn the north-bound trains around from Kolkata Central. The official added that the problem could have been minimised but the passengers refused to get off the stranded trains and would not cooperate.

Trains services between Kolkata Central to the south section are partially restored while services on the north section remain frozen. Additionally,  a spokesperson also mentioned that  a battery-operated engine was put into service to tow away the train that was the source of havoc, at Belgachia.

Due to the disruption, other public transportation such as buses and taxis in Kolkata witnessed a huge rush. The rush was directed from the metro to the taxis as well as buses.