Demonetisation may have impacted India's GDP growth for the fourth quarter ended March 31, 2017 but its effects may not be over so soon. 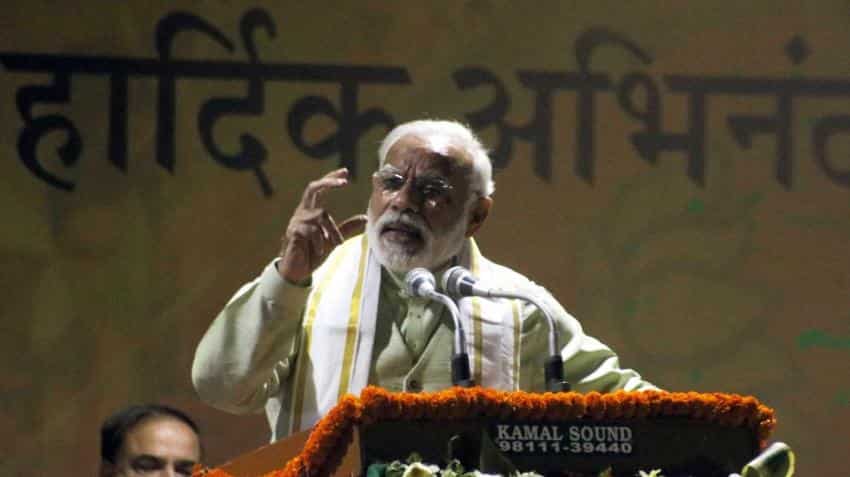 As per economists at HDFC Bank,data released by CSO explains two things – firstly an intra-year down-cycle through FY17 in industry and secondly, a clear break in the growth path post demonetisation that push down the growth particularly in the industrial sector.

Slowdown could have been in Q4 GDP due to higher deflator impact – which was visible in the difference between growth and real terms –nominal GVA expanded by 11.3% in Q4, but in real terms the growth fell down to 5.6% in Q4 reflecting a higher GVA deflator (5.7%). 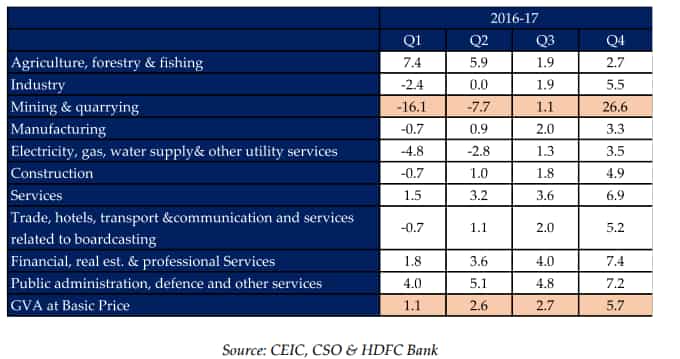 Nikhil Gupta and Madhurima Chowdhury, analysts at Motilal Oswal said, “FY17 was supported by government consumption, without which the real GDP growth would have fallen to 5.6% much lower than the average growth of 7.2% for the previous four years."

"With fiscal policy reaching its limits and the external sector likely to deteriorate this year, we do not expect real GDP growth to pick up meaningfully in FY18," they said.

The duo of Motilal Oswal said, “Our detailed analysis of 2017-18 budgets for 17 states revealed that government's spending is budgeted to grow at the slowest pace in 2 years. As fiscal spending slows, their contribution to real GDP growth would obviously fall. This is what makes us skeptical on higher than FY7 real GDP growth for FY18.”

HDFC Bank too said, "In terms of our outlook for FY18 growth, we anticipate a very modest uptick of 40-50 basis points on FY17 growth numbers, assuming a normal monsoon out turn and a gradual pick up in investment cycle starting towards the latter part of third quarter."