With the restrictions on H-1B work US visas, the rich in India are now rushing in to get EB-5 visas in order to chase after the 'American Dream'. 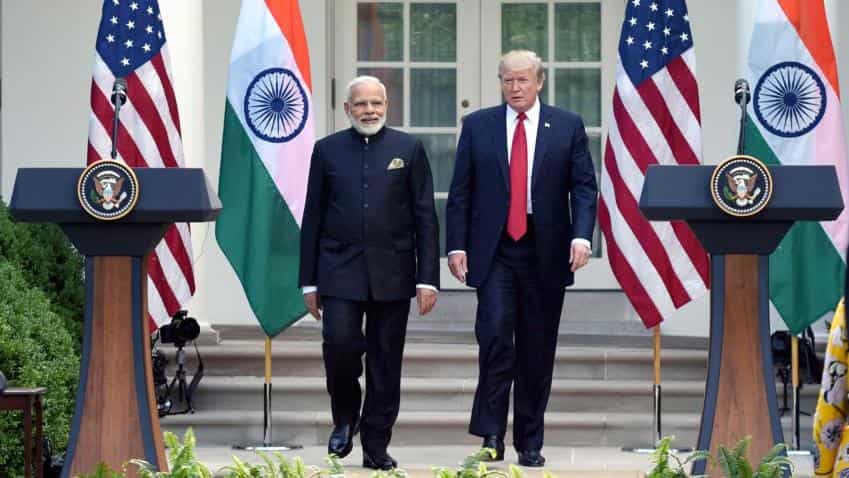 The much sought-after H1-B visas may be in short supply but the dream to emigrate to the US isn't. Those who can afford, are now exploring the options like an EB-5 visa to fly to the US for a 'better life.'

Even as India is embarking on a journey of being a manufacturing hub and Prime Minister Narendra Modi actively promoting Make in India campaign, the ones with money are giving it a miss for the American dream. Their verdict is clear: we would rather pay a hefty sum to the US government and create jobs there in order to migrate.

The EB-5 visa is one such route that many Indians are now looking at for getting entry into the US.

Recently the US Immigration Fund in partnership with higher education business company -- The Chopras -- stepped into India to promote the EB-5 visa with the offer of green card to the investors and their families in exchange for creating jobs in the US.

The EB-5 visa is essentially used to promote investment in the US in the hope of creating jobs for their citizens. A reason why the US government has been promoting this visa with the Donald Trump administration pushing for job creation in the US.

The EB-5 seminars by the US Immigration Fund has been essentially targeting HNI families in India with the opportunity to give their children a better education and career opportunities in the US.

The US Congress created the EB-5 Program in 1990 to enable high net worth Foreign Investors to obtain a US Visa by investing in a US business that will benefit the economy and create more jobs.

However, attaining the EB-5 visa comes at a heavy price.

A large majority of the investment projects pushed by the US Immigration Fund are mainly in the real estate sector. The investment provided by these people in exchange for the green card is expected to create 10 jobs for construction workers in the US.

The US Immigration Fund further stated that the EB-5 investors will get back the principal investment of $500,000 after the completion of the building or real estate project.

While this maybe the entire process takes around 18-20 months and there is no guarantee that all investors will get their green card for them and their families at the end of it.

A reason why despite all this explanations of the both John Lynn, Director of Asia-Pacific Operations and Nicholas A Mastroianni II, Chairman & CEO of US Immigration Fund were bombarded by many parents present in Mumbai recently with question such as, “what if we spend that money and do not eventually get to immigrate to the US?”.

Lynn tried convincing parents by saying that there was 99% chance they would get the EB-5 visa eventually.

During his presentation, Lynn said that cost savings that included the returning of the principle investment of $500,000 with 2.5% earned for 5 years being $62,500 and 4 years of college tuition savings for those who are looking to put their kids in the US Universities being $88,501.

Some of the risk include the success of the real estate project and its ability to employee 10 US workers. The second being the lengthy time process of attaining the EB-5 visa.

In addition it was mentioned that the EB-5 costs could go up to $1 million if the project is not in a Targeted Employment Area (TEA).

However,despite some apprehensions, it seems that they do not mind taking these risks to get into the US. This was as families, especially those whose children are studying in the US, are increasingly making inquiries about the EB-5 visas, according to a TOI report.

Even the US Immigration Fund claimed that it had already received 75 families from India that had invested in EB-5 visas in six months period.