What is wrong with Delhi budget 2018? BJP explains 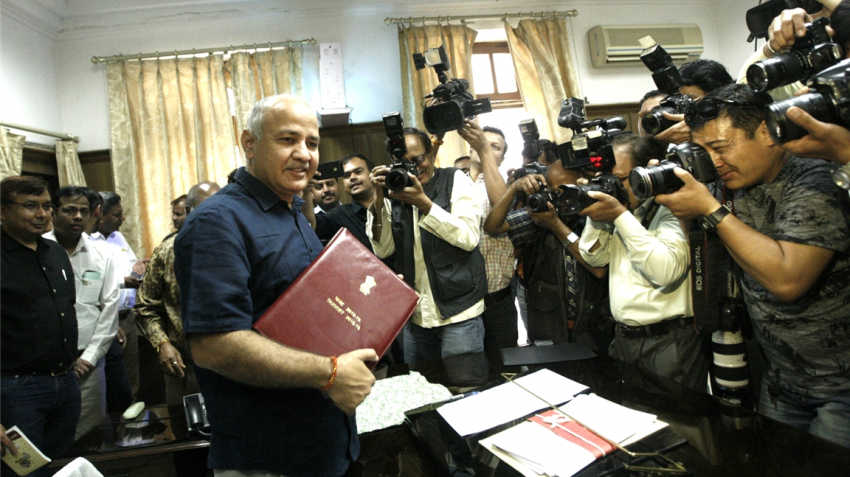 Delhi budget 2018: BJP rubbished the AAP government's budget presented in the Assembly today as a "jugglery of statistics" and claimed that the government has announced schemes without constitutional approval. Image source: IANS
Written By: PTI
RELATED NEWS

Delhi budget 2018: BJP rubbished the AAP government's budget presented in the Assembly today as a "jugglery of statistics" and claimed that the government has announced schemes without constitutional approval. Delhi BJP president Manoj Tiwari attacked Deputy Chief Minister and Finance Minister Manish Sisodia for ?heaping comments? on Lt Governor Anil Baijal when presenting the budget, and said the government's budgetary proposals seem to be concentrating on privatising services.

"From working on pollution control to ration distribution, this budget seems concentrating on privatising services and it seems that the Kejriwal government now wishes to play kickback game in connivance with private companies," Tiwari alleged.

Several schemes have been announced by the government for which approval of the lt governor is yet to be sought, he pointed.

The government has again made tall claims on education and health, but has failed to explain why the number of students is continuously decreasing in government schools if there has been improvement in the field of education, he alleged.

"Government has again claimed to have hiked the education and health budget but the people of Delhi want to know why the funds for these heads lapsed last year,? he questioned.

The government is proposing schemes to curb pollution but has failed to explain why it could not utilise the amount collected as pollution cess, read a statement from the party.

Alleging that the allocation of Rs 1,500 crore in the budget is a ?complete betrayal? of the people living in unauthorised colonies, Tiwari questioned why the government has kept mum on their regularisation.