“The amount realised through the 4th tranche is among the highest achieved as yet,” the Ministry of Finance said in a statement. Shakti Das, Joint Secretary of Department of Economic affairs said, "Around Rs 919 crore equivalent to nearly 2.95 tonnes of gold has been mobilised by 4th tranche." 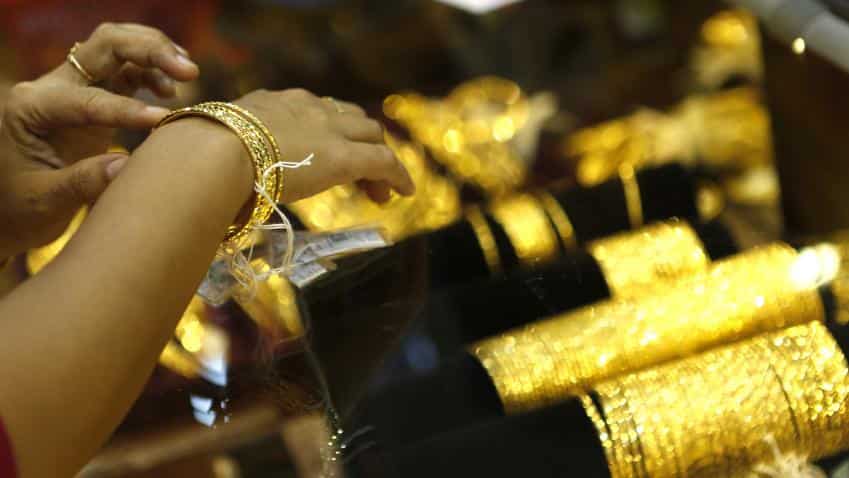 “The amount realised through the 4th tranche is among the highest achieved as yet,” the Ministry of Finance said in a statement.

Shakti Das, Joint Secretary of Department of Economic affairs said, "Around Rs 919 crore equivalent to nearly 2.95 tonnes of gold has been mobilised by 4th tranche."

The 4th Tranche scheme was the first series of the current fiscal year, with a price band fixed at Rs. 3,119 per gram of gold based on average of last week prices of physical gold.

Finance Minister, Arun Jaitley had announced in Union Budget 2015-16 about developing a financial asset, Sovereign Gold Bond, as an alternative to purchasing gold.

Following Jaitley’s plan, the first tranche of SGB was opened for subscription from November 05 – November 20, 2015. Overall, the scheme got good response from investors, by receiving 62,169 applications and a total of Rs 246 crore collected equivalent to 0.92 tonnes of gold.

Following are the details provided by HDFC securities:

Interestingly, there has been a massive decline in the return of the first three tranches, indicating sluggish interest from investors.

However, it looks like the investors are encouraged in the 4th tranche.

The encouraging response of the investors to the SGB Scheme (Series-I) of 2016-17, indicates that the product has come of age, and is becoming popular amongst the general public due to advantages it offers over physical gold, namely use as collateral for loans, Capital Gain Tax exemption on redemption, Zero risk of theft/ impurities associated with handling of physical gold; tradability through Stock Exchanges and also availability in DEMAT and paper form, says Ministry of Finance.

What has boosted the SGB bonds this year?

Price of gold in the global economy has turned out to be a positive factor for this commodity.  Till now, the price of gold in USD term has risen by 28% while in Rupee terms it rose by 30%, said HDFC Securities.

Not only this, the yellow metal—considered as ‘safe haven’—has also steered up in value since Britain decided to vote for exiting the European Union.

Kavita Chacko, Economist – CARE Ratings, before the start of the scheme said, "The 4th tranche of gold bonds could see higher demand with the recent re-emergence of safe haven demand for the metal.

The investors have positively reacted towards so-called safe haven. The UK-listed firms such as Randgold, Fresnillo, Centamin and Acacia are soaring since June 23, which has led to gold to reach a three-year high, added HDFC securities.

Further, the demand for gold is also boosted in China, HDFC Securities states, that the country has been shoring up its gold holdings, increasing central bank gold reserves by 71.4% in the past 12 months, compared with a global increase in central bank reserves of 2.85%.

Apart from the external data, the 4th tranche came up with new features such as reducing minimum subscription to 1 gram, in order to attract investors. However, the maximum subscription has been retained at 500 grams per individual/ institution. Also this came was made free from capital gains tax on redemption.