What is real value of rupee? Rabobank economist names this strong figure

In the midst of the chorus that Indian rupee was overvalued and needs to slide further, there is one divergent voice. And that is of Hugo Erken, a senior economist at RaboResearch Global Economics and Markets, who spoke to DNA Money over the phone from the Netherlands. 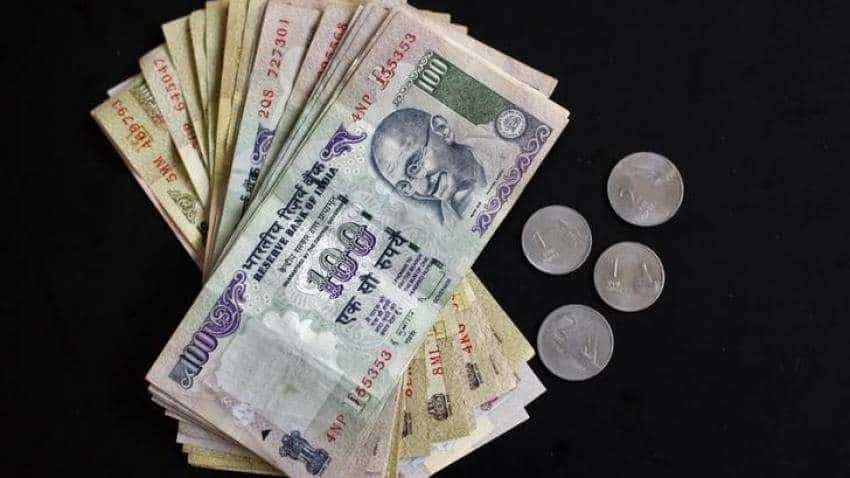 In the midst of the chorus that Indian rupee was overvalued and needs to slide further, there is one divergent voice. Image source: Reuters
Written By: Praveena Sharma
RELATED NEWS

In the midst of the chorus that Indian rupee was overvalued and needs to slide further, there is one divergent voice. And that is of Hugo Erken, a senior economist at RaboResearch Global Economics and Markets, who spoke to DNA Money over the phone from the Netherlands. He believes that the real value of rupee should be nearer to 67 levels.  Indian currency hit a new all-time low of Rs 70.32 on Thursday.

Erken had accurately predicted India’s GDP to slump in the quarters after the demonetisation of high value currencies in November, 2016.

“If you look at (India’s) fundamentals - I’m talking about growth potential and the high frequency data that reflect the situation at this moment in India - I don’t really think the lower value of rupee is justified. If you look at the fundamentals, then the rupee should be somewhere near 67 in our calculation,” the Rabobank economist said.

According to him, most investors were tagging India with the ‘fragile five’ economies of the world - Turkey, Brazil, India, South Africa and Indonesia.

This, he said, was putting India in the same asset class as other four economies with unsound economic fundamentals.

Erken said India’s fundamentals were much sounder than in 2013, when the ‘fragile five’ term was coined, and therefore should not be included in that category.

“In that sense, this is an investor sentiment which views the current situation, especially India as one of the fragile five during 2013. Obviously, investors are still looking at those five countries as one asset class, which is not justified if you look at the fundamentals because the situation in Turkey is much graver than in India. In India, the situation in quite sound. I’m very positive about it. I think the Indian rupee is a little bit too low in comparison to India’s fundamentals. Though, the RBI has very prudently done what should have been done with its back-to-back hikes and we also expect one more hike in October,” he said.

The Rabobank economist told DNA Money over the phone that he expected one more policy rate hike of 25 basis points (bps) in October. 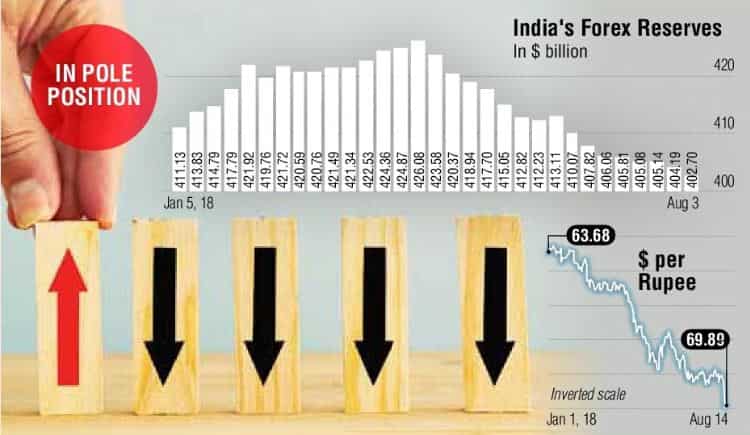 “There will be another 25 bps hike in October in anticipation of a possible hike in the US in December, which is not on our cards yet, but given the fact that rupee is very low, it could fuel the risk of import inflation so this is also something that will worry the (RBI governor Urjit) Patel,” he said.

On Tuesday, despite the rupee touching the all-time low level of 70, India’s central bank refrained from intervening. Defending the RBI move, the central government said any intervention won’t help much in stabilising rupee. Turn to p2

Subhash Chandra Garg, department of economic affairs (DEA) secretary, reportedly said even a decline to 80 level would not be a concern for the government as long as it moved in tandem with other currencies.

“Factors such as broader emerging market currency movement, dollar strength, and the trend in crude oil prices will continue to drive the outlook for the rupee in the immediate term, irrespective of fundamentals,” she said in a reply to DNA Money queries.

Nayar expects the rupee to average 68.5 against the US dollar in the current financial year.

“Given the prevailing risk aversion in the global markets, the rupee may intermittently cross 70 before retracing to 69 levels. The cross rate is expected to remain volatile going ahead, and average Rs 68.5 against in fiscal 2019,” she said.

According to her, if the recent rupee depreciation sustained, then it could modestly feed into the consumer price index (CPI) inflation over the near term.

“The CPI inflation in Q2 FY2019 looks set to lag the Monetary Policy Committee’s estimate of 4.6%, reducing the likelihood of a rate hike in the October 2018 policy review, which may impact the sentiment toward the INR and the FII flows,” she said.

Nayar believes that in a scenario where all emerging market currencies depreciate, the rupee will defend its export competitiveness with a weak rupee. “Foreign exchange reserves remain substantial despite the decline from the all-time high of April 2018. RBI is likely to assess the trend in the rupee vis-à-vis the emerging market (EM) currency pack. If all EM currencies are depreciating, the rupee must weaken to protect export competitiveness,” she said.