What is 7th Pay Commission and why was it set up? All details, recommendations here

Pay Commission is set up every 10 years by the Union Government to revise the pay scales of its employees. Since independence seven pay commissions have been constituted on a regular basis to review and make recommendations on the work and pay structure of all. The recommendations of the commission are also adopted by states with some modifications 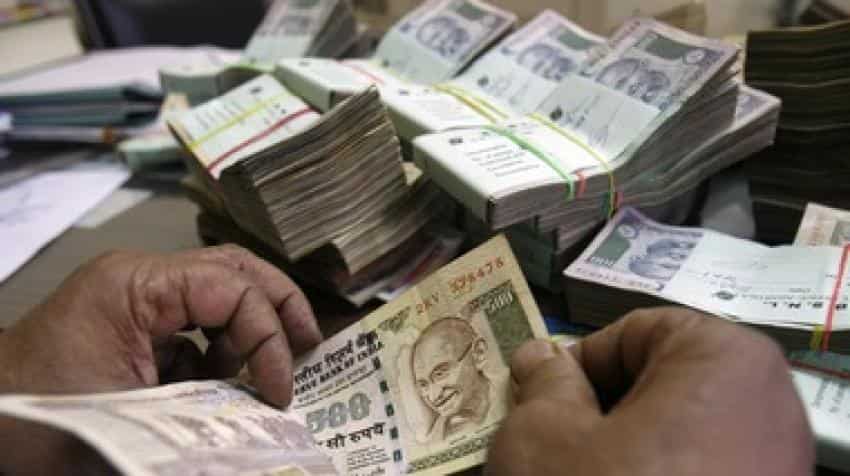 The first pay commission was constituted under the chairmanship of Srinivasa Varadachariar in May 1946. Image source: Reuters
Written By: ZeeBiz WebTeam
RELATED NEWS

What is 7th Pay Commission and why was it set up is a question that is much in vogue. At a time, when millions of government employees are eagerly waiting for implementation of the recommendations of the 7th Pay Commission that may lead to a salary hike based on a new fitment factor rather than the one provided by the commission, the interest generated is understandable.

So, what is a Pay Commission and why is it appointed?

A Pay Commission is set up every 10 years by the Union Government to revise the pay scales of its employees. Since independence seven pay commissions have been constituted on a regular basis to review and make recommendations on the work and pay structure of all. The recommendations of the commission are also adopted by states with some modifications.
Headquartered in Delhi, the Commission is given 18 months from the date of its constitution to make its recommendations.

The first pay commission was constituted under the chairmanship of Srinivasa Varadachariar in May 1946. The first commission was based upon the idea of living wages to the employees, which was taken by the Islington Commission.

What is 7th Pay Commission:
The 7th Pay Commission was constituted in February 2014 under the chairmanship of Former Supreme Court Justice, Ashok Kumar Mathur. Its composition was approved by the UPA government led by then PM Manmohan Singh in September 2013.
The commission submitted its report to Finance Minister Arun Jaitley in  November 2015 and its recommendations were approved by the Union Cabinet in June 2016. In its recommendation, the commission suggested 23.55 percent hike in pay and allowances of government employees. The benefits of the recommendations were to be effective from January 1, 2016.

Highlights of the approved recommendations

Minimum pay for government employees was set at Rs 18,000 per month.
Maximum pay for Apex scale was to be Rs 2,25,000 per month and for Cabinet Secretary, the limit was set at 2,50,000 per month.
The increase in pay should be 16 percent, allowances to be 63 percent and pension will be 24 percent.
A new pay matrix was designed after the existing system of pay bands and grade pay was dispensed. Grade Pay was subsumed in the pay matrix. The status of the employee, determined by grade pay, will now be determined by the level in the pay matrix.
The rate of annual increment for employees will be 3 percent.
The recommendations abolished 52 allowances and asked for introduction of a Health Insurance Scheme.
A nine-cell Risk and Hardship Matrix will be looking after the allowances relating to Risk and Hardship.
One Rank One Pension proposed for civilian government employees online of OROP for armed forces.
It recommended an increase in the Military Service Pay and revised pension formula for civil employees including Central Armed Police Forces (CAPF) and Defence Personnel retiring before 1 January 2016.
Military Service Pay (MSP), which is a compensation for the various aspects of military service, will be admissible to the defence forces personnel only.
A ceiling of gratuity was enhanced from existing Rs 10 lakh to Rs 20 lakh and ceiling on gratuity will be raised by 25 percent whenever DA rises by 50 percent.
Short service commissioned officers should be allowed to exit the armed forces at any point in time between 7 to 10 years of service.
A fitment factor of 2.57 which will be applied uniformly to all employees.
Systemic change in the process of Cadre Review for Group A officers recommended.
It recommends that House Rent Allowance (HRA) be paid at the rate of 24 percent, 16 percent and 8 percent of the new Basic Pay for Class X, Y and Z cities respectively. The rate of HRA will be revised to 27 percent, 18 percent and 9 percent respectively when DA crosses 50 percent.
It recommended the abolition of all non-interest bearing advances and increased the limit for interest-bearing advances for buying a home from 7.5 lakh rupees to 25 lakh rupees.
It recommends that in case of death in the line of duty, the force personnel of CAPFs should be accorded martyr status, at par with the defence forces personnel.
Introduction of the Performance Related Pay (PRP) for all categories of Central Government employees, based on quality Results Framework Documents and Annual Performance Appraisal Reports.
All India Service officers and Central Services Group A officers who have completed 17 years of service should be eligible for empanelment under the Central Staffing Scheme and there should not be the two-year edge.
The age of superannuation for all CAPF personnel should be 60 years uniformly.