South Indian states say they are being penalised for the decline in population growth during the allocation of resources? 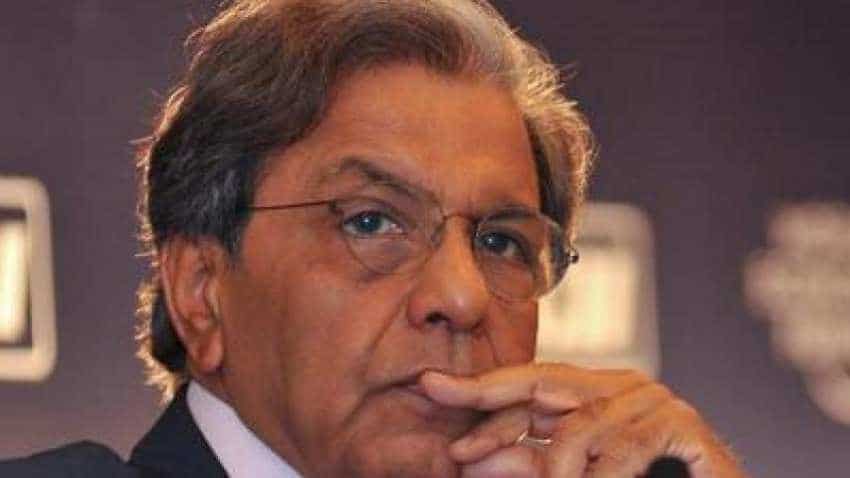 15th Finance Commission will be examining the appropriateness of the expenditures projected by the state governments before deciding on the devolution of central taxes, said chairman N K Singh, Image source: Twitter

The 15th Finance Commission will be examining the appropriateness of the expenditures projected by the state governments before deciding on the  devolution of central taxes, said chairman N K Singh in an interview with Anjul Tomar.

How do you see breach of fiscal deficit by governments ahead of elections?

What constitutes populist expenditure is debatable. What you may consider populist, some other states may consider essential. Mid-day meal is one example. Tamil Nadu government told us that mid-day meal, viewed as populist, helped in school attendance and improving nutritional standards, and later became a national scheme. The other version, of course, is the distinction between what are capital-creating assets and those which are purely for consumption. The whole issue of what constitutes populist expenditure is something on which more thinking needs to be done because let’s not forget that each of these state governments are elected and have legislatures which are accountable to the people. Therefore, we can’t circumscribe the functions constitutionally assigned to the state assemblies and the state governments. But within the framework of that, while examining the appropriateness of some expenditures projected by the state governments, we are certainly entitled to look into the merit of various state governments’ proposals and various expenditures on areas, particularly those that contribute to long-term growth and long-term social objectives.

South Indian states say they are being penalised for the decline in population growth during the allocation of resources?

There is no objective of Finance Commission to punish any state for good performance. Some states have said this goes against them because their population has come down. Therefore, their plea is that instead of using the 2011 census, the earlier census (1971) should be used. We are bound by the terms of reference which specify that we should use the population figures of the 2011 census. But there is a separate item which says that we can consider incentivising states which have achieved better demographic management. We haven’t decided on whether to use population, and if so, what weightage we should assign to population.

Is there any other way you would like to compensate the states?

Successive finance commissions have assigned weightage to what may be called backwardness to address this issue of the states which may have not made so much of progress and may have been left out of the mainstream. This is certainly one of the issues that the commission will be addressing. We haven’t decided on what would be the methodology we will deploy and what is the weightage we will assign to the equalisation or the backwardness or the convergence formula on that. But certainly, we will need to address that particular reference that talks about need for convergence.

What will be the road map for devolution of funds to the urban local bodies?

When is the report of Finance Commission likely to be final?

According to the terms of reference, we have been asked to submit the report by the end of October 2019. It is our intention to adhere to the timeline prescribed. We recognise that without this report there would be difficulties in the presentation of the Budget 2020, both at the central and the state levels. State governments will also be left with a degree of uncertainty on the kind of resources which are available. The commission would like to adhere to the timeframe prescribed in the reference.

Earlier also there have been differences in perceptions and perspectives. They have invariably been settled through mutual process and consultations, which I think is the appropriate course forward. I don’t think there are two parties. I think there is only one party. I think these issues are best resolved by discussions between the RBI and the central government.

This Article was first Published by DNA: We will look at urban local bodies' suggestion for devolution of funds: N K Singh​

15th Finance Commission: This Advisory Council Meeting will be different - Here is how