The Western Railway (WR) have a mammoth task ahead of them before the monsoon arrives as they will have to clear the illegal slums, structures and the huge garbage thrown in lands belonging to the rail. 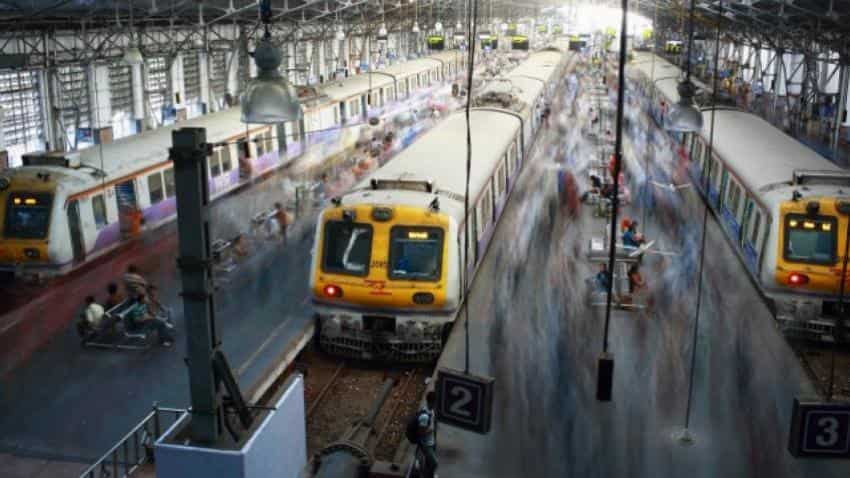 The Western Railway (WR) have a mammoth task ahead of them before the monsoon arrives. Image source: Reuters
Written By: ZeeBiz WebTeam
RELATED NEWS

The Western Railway (WR) have a mammoth task ahead of them before the monsoon arrives as they will have to clear the illegal slums, structures and the huge garbage thrown in lands belonging to the rail. More than 41 hectares of land belonging to the Western Railway are dotted with encroachments which are the major reasons for water stagnating during heavy rainfall, which leads to train services being halted.

Earlier this April, the WR authorities began demolition work for the encroached land in Dahisar, Malad, Kandivali etc. However, they faced political flak for not giving ample time to illegal residents for the evacuation of the land.

“Unless there is an unified political will, its difficult to remove encroachments from our land. They are the reason behind the garbage being dumped and litter which accumulates on the tracks and chokes the gutters during monsoon,” said a WR official.

There are close to 2000 settlements at selective locations between Churchgate and Virar. Clearing of encroachments from rail land one of the vital issues discussed at the recent meeting between the General Manager of WR, AK Gupta and the BMC Commissioner Ajoy Mehta, informed sources.

Some of the prominent locations identified by the WR authorities are between Grant Road, Charni Road, Mahalaxmi-Lower Parel, Dadar-Elphinstone Road, Mahim-Kings Circle, Mahim-Bandra on both Harbour and Main lines, Andheri-Vile Parle, Goregaon-Malad, Jogeshwari-Goregaon and Borivali-Dahisar. There is a plan to build 17.5 km of concrete wall along the rail land to prevent further encroachments and trespassing.

“According to the plan, we want to build tall cement concrete walls to prevent encroachments. For this purpose, we have also made an arrangement of Rs 4.5 crore. However, all this is futile unless the political parties stop shielding the encroachers,” said a senior WR official on condition of anonymity.

At Bandra East, a whopping 46,220 square metres of railway land is overrun by 3935 shanties. These are removed but they resurface due to political influence.

The WR has identified a humongous 3.50 lakh cubic metre of muck and garbage that gets dumped along the rail tracks. Off these around 1 lakh cubic metre of muck has been removed and efforts are being made to clear it further. Every monsoon, these flow onto the culverts and nullahs and floods the track. The 37 lakh daily commuters of WR have to bear the consequences as the train services comes to a halt.

The WR is in the process of completing cleaning and widening work on 10 culverts. Ravinder Bhakar, Chief PRO, Western Railway said: “First phase of joint inspections are over. We are confident of completing necessary work by the first week of June”.