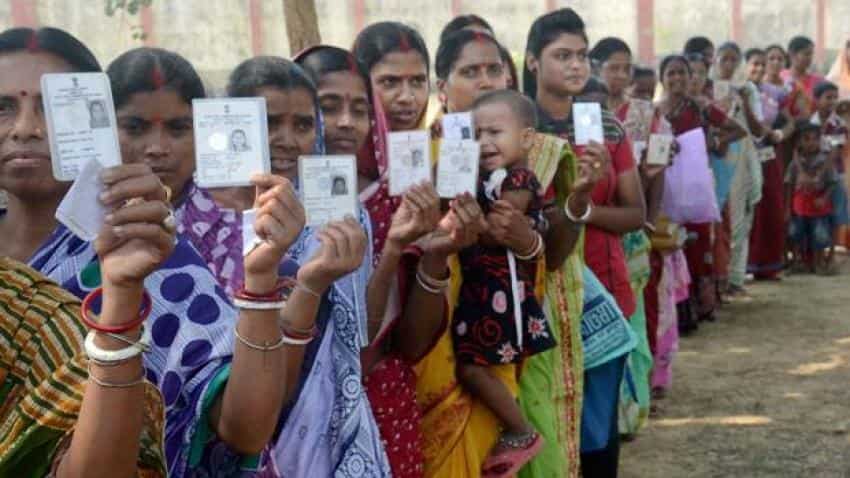 West Bengal panchayat election: The ruling Trinamool Congress today headed for a massive victory in West Bengal's rural polls, bagging 20,441 seats in gram panchayats, while the BJP emerged as its main rival, according to the results declared till 10 pm.

State Election Commission (SEC) sources said the TMC was ahead in another 315 gram panchayat seats for which counting was in progress.

According to a senior state BJP leader, it was the first time in last 10 years that the party had been elected to the gram panchayat level in every district of the state.

The CPI(M) slipped to the third position from the second place it had occupied in the last panchayat polls in 2013. It won 1,415 gram panchayat seats and was ahead in another 13, the sources said.

The Congress is at the fourth position by winning 993 seats and leading in 13 - a score lower than that of even independents, who won 1,741 gram panchayat seats and were leading in 18 seats.

A jubilant TMC said the result would boost the party ahead of next year's Lok Sabha election as the rural poll was the last major electoral event in the state before it.

The BJP said the result in the three-tier panchayat polls, which saw its emergence as the main challenger to the ruling TMC in Bengal, would act as a morale booster for the party's rank and file.

The TMC outraced others in panchayat samiti seats too by winning 3,598 of them so far and leading in another 239. The BJP won 460 seats and was leading in 28.

The independents have won 77 panchayat samiti seats, they said.

In zilla parishads, the TMC won 159 seats, with a complete sweep in Burdwan West district, and was leading in 168 seats across the state.

The BJP and the CPI(M) were leading in one seat each.

In Jhargram too, the TMC and the BJP were engaged in a close battle for the gram panchayat seats, winning 372 and 329 seats respectively. The CPI(M) trailed far behind with 13 seats and the Congress is yet to open its account.

In the traditional Congress stronghold of Malda, the TMC won 973 gram panchayat seats, the BJP 502, the Congress 359 and CPI(M) 101 seats.

The TMC bagged 918 seats, followed by the Congress with 359 seats in Murshidabad. The CPI(M) and the BJP bagged 111 and 54 seats, respectively in the district, the SEC said.

In Nadia, another border district like Murshidabad and Malda, the TMC won 1,362 gram panchayat seats, the BJP 508, the CPI(M) 148 and the Congress 54 seats.

"Despite so much violence, we have won more than 5,000 seats in GP (gram panchayat). Had the elections been free and fair, we would have won 50 per cent seats at all the three levels of the panchayat," state BJP general secretary Sayantan Basu said.

Widespread violence during the polls claimed at least 12 lives and left 43 injured.

The CPI(M) and the Congress dubbed the election a "farce".

The TMC, on the other hand, said the people of Bengal had voted in favour of development ushered in by Chief Minister Mamata Banerjee.

"People have voted in favour of development and have defeated the forces who were spreading canards against our state," TMC secretary-general Partha Chatterjee said.