The Indian Meteorological Department (IMD) has issued a Red alert in Kozhikode, Wayanad and Kannur for Monday and Kannur and Kasaragod for Tuesday, ie: July 23. 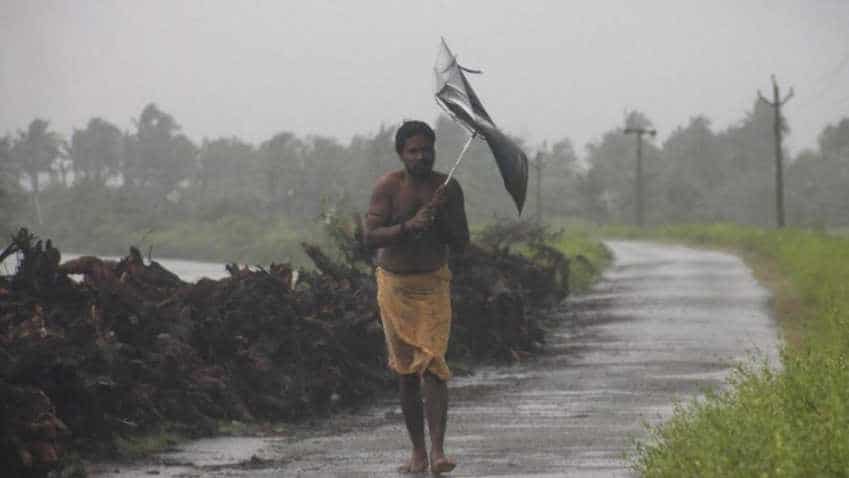 Educational institutions in Kannur, Kasargod and parts of Kottayam due to heavy rainfall in the state have declared a holiday, Photo: Reuters
Written By: ZeeBiz WebTeam
Edited By: Harish Dugh
RELATED NEWS

On account of the heavy rains in Kerala, all educational institutions in Kannur, including professional colleges, have declared holiday on Monday (July 22). Kannur District Collector made the announcement stating that no change will be made in the university exam schedule. The Indian Meteorological Department (IMD) has issued a Red alert in Kozhikode, Wayanad and Kannur for Monday and Kannur and Kasaragod for Tuesday, ie: July 23.

Other reports say, In Thiruvananthapuram, only St Mary’s Lower Primary school in Vettukad has been declared for holiday, else no other academic institution is on holiday.

As per Skymet report, "The state of Kerala is being lashed by heavy to very heavy rains for the last three days- July 19 onward. As of now, the activity is more in the northern and the central parts of the state compared to the southern region. Idukki, Kasargod, Wayanad, Kannur, and Kozhikode are already on red alert due to torrential rains."